Job Creators Network is a nonpartisan organization founded by entrepreneurs who believe that many government policies are getting in the way of the economic freedom that helped make this country prosperous.

Job Creators Network believes the best defense against bad government policy is a well-educated public and accomplishes this through employee education.

We are the voice of Main Street.

Job Creators Network is a nonpartisan organization whose mission is to educate employees of Main Street America, so we can protect the 85 million people who depend on the success of small businesses.

JCN provides business leaders and entrepreneurs with the tools to become the voice of free enterprise in the media, in Congress, in state capitals, in their communities, and their workplaces—allowing them to hold politicians accountable to job creators and their employees.

Creating the American Dream of business ownership and experiencing freedom, flexibility, and financial success for women and their families isn’t easy. There are many roadblocks on a woman’s business journey, and the Job Creators Network National Women’s Coalition was formed to ensure that government overreach is not one of them.

Our Women’s Coalition was launched to broaden the JCN mission and give added voice to women business leaders around the country. Together, we’ll learn from each other’s ideas, input and vision on behalf of all women-run businesses. 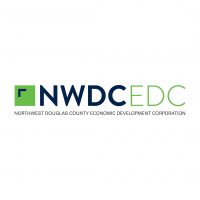 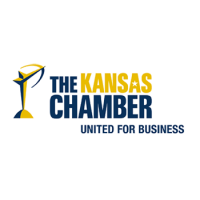 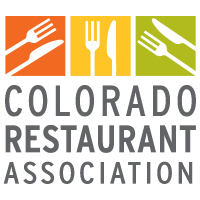 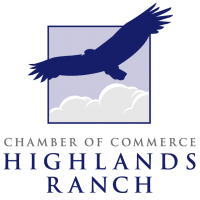 Alfredo Ortiz is the president and CEO of the Job Creators Network, where he leads the defense of small businesses from the onslaught of bad government policies. He is a frequent commentator appearing on cable news networks including Fox Business and CNBC, as well as C-SPAN. His writings also regularly appear in national outlets, including The Wall Street Journal, USA Today, CNBC and The Hill.

Born to immigrants in Southern California, Alfredo witnessed his parents fight for their own slice of the American Dream. Starting at an early age, Alfredo recognized the importance of job creation and economic opportunity.

In his youth, Alfredo studied economics at Pomona College and received his MBA from the University of Michigan. He knew that he was lucky to live in America and decided to pursue the sort of success that can only be realized in this country.

After going to school, he spent some time as a corporate strategist at a number of Fortune 500 companies, including Georgia Pacific and Kraft. He later began working with CSM Bakery Products’ Food Service Division, where he became vice president and oversaw a five-fold increase in national account penetration.

In 2014, Alfredo became President and CEO of the Job Creators Network. In his role, he advocates on behalf of small business job creators in policy debates throughout the country. Not only has he testified before legislative committees about taxes and regulation, but he also frequently appears in the opinion sections of newspapers across the country taking his small business advocacy message directly to millions of Americans.

Of note, Alfredo led JCN’s efforts that helped pass the historic tax cuts bill of 2017. Working with former Speaker of the House, Newt Gingrich, JCN focused and directed grassroots members and the business community to support Congressional leadership and include small business owners in the tax cut bill. JCN sent more than 550,000 emails to Congress and ran a multi-million dollar media campaign to support the bill.

Alfredo saw the value of the American Dream and chased after it. Now, he wants to make sure every small business owner has the same opportunity to make that dream a reality as well.

A graduate of the University of Central Florida, Elaine studied business administration. After graduating, Elaine spent time as the Public Relations Manager for Chrysler where she honed her skills and learned to expertly interact with the media and wider public.

As she learned the value of entrepreneurship and realized the amazing opportunity she has as an American to pursue her own dreams of success, Elaine became an independent consultant, specializing in areas including public policy advocacy, media strategies, and crisis communications.

While working as an independent consultant, Elaine interacted with high-profile clients like 5-Hour Energy, but also spent time with small business owners. It was during this time that Elaine began to have a deeper appreciation for the vital role small businesses play in the American economy.

Elaine uses her experience to educate other people on some of the most important aspects of the American government and economy. In her role with the foundation, Elaine oversees the media strategy of campaigns launched by the organization. The most recent initiative is Healthcare For You—a multifaceted campaign highlighting a free market, choice-based healthcare reform framework.

Today, Elaine continues to educate the American public about the vital role that small businesses play in our economy, while also advocating for policies that will allow entrepreneurs across the country to grow and thrive.

Phil is responsible for the financial planning and management of JCN to insure that the organization is being operated within the guidelines set forth for a 501c3. This includes short and long term planning to insure JCN has the necessary resources to meet the goals and objectives of the organization.

Phil has a strong, diverse background in non-profits, service industry and manufacturing. He has over 25 years of senior financial leadership at the corporate level for companies such as Celanese, Terex Corporation, and Reliant Worldwide Plastics.

Toni brings a distinct blend of skills in politics and communications to the table. An outstanding strategist, communicator, and policy expert, she came to JCN from the National Federation of Independent Business (NFIB) where she consistently led the organization in earned news production.

Prior to working for NFIB, Angelini served in both terms of Governor Chris Christie’s administration. Originally appointed to the administration at the Motor Vehicle Commission to oversee community relations, she was promoted to the Governor’s office to coordinate Sandy relief in the highest impacted regions of the state. Her responsibilities ranged from coordinating public events for Governor Christie, representing the Governor at rebuilding committees, and ensuring that there was consistent and effective communication between elected officials and the front office throughout the recovery process.

Additionally, Toni has served as the communications director for political campaigns, varying from municipal to congressional elections. Toni served as a Councilwoman from 2010 through 2015 where she was elected Council President after spending three years as Police Commissioner. Angelini’s nonprofit experience includes several years as an advocate for foster children, volunteering as a fundraiser for a number of charities and serving on the board of trustees for a private school dedicated to educating underprivileged middle school girls. Toni attended Rutgers University and resides in New Jersey with her husband and three children.

Betty Braun has a long-standing track record in both event planning and marketing. For fifteen years prior to joining Job Creators Network, she developed and successfully executed large-scale field marketing strategies for the various products that she represented. Her previous experience with Anheuser Busch, 5-hour Energy, and Coors Brewing Company, where Betty worked closely with the National Football League, helped hone her skills and develop a meticulous focus.

As the events director for JCN, Betty coordinates the site selection, logistical needs, and programming at events across the country. She also works closely with JCN’s association partners, business leaders, and elected officials to ensure their collaboration with JCN is rewarding. In addition to event execution, Betty is responsible for bookkeeping and accounting. She has used her organizational skills to develop a system to account for all financial reporting. Her day-to-day recording of expenditures has historically been proven consistent and accurate.

Tyrone Latchman serves as JCN’s State Chapter & Membership Services Coordinator. He manages the relationship between JCN and its members by working across departments to provide opportune and tailored solutions. He oversees the CRM and manages data during the life cycle of member’s relationship. Tyrone has 15 years in the banking industry working for such companies as Bank of America, East West Bank and Pittsburgh National Corp. where he grew deposits, lead teams and advocated for clients. He is a graduate of Georgia State University with a Bachelor’s Degree in Business Management.

Brenda serves as the Senior Administrative Director responsible for supporting the JCN leadership team by managing projects, logistics and schedules to support the goals of the organization.  Formerly, Brenda worked as development director on the U.S. presidential campaign for Herman Cain. She has over 25 years in the corporate world in Human Resources as Senior Benefit Director, involved in budget, design, communication, training, implementation and on-going plan administration for health, welfare and retirement savings plans for over 10,000 US and Canadian employees.