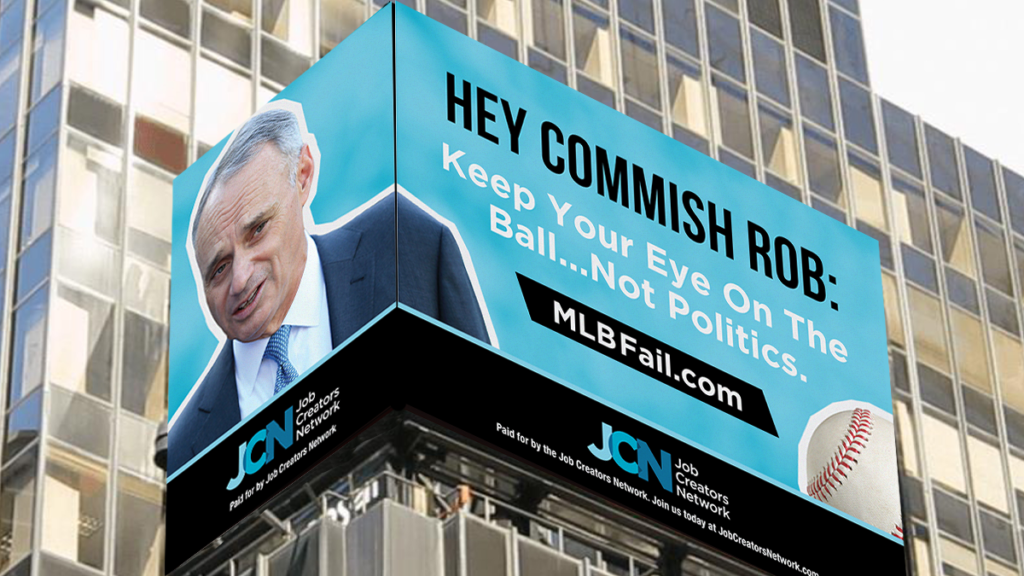 Following an initial hearing of JCN’s lawsuit in federal court against Major League Baseball, MLB Commissioner Rob Manfred, the MLB Players Association, and Executive Director Tony Clark, JCN held a press conference regarding its next steps. Alfredo Ortiz, JCN President and CEO, announced that the case is being withdrawn but that JCN will continue to fight for local small businesses to hold MLB accountable for its actions.

“MLB’s decision to punish these Atlanta small businesses and residents who bear no responsibility for their state’s political action was wrong — no matter what one judge says. The Job Creators Network will continue fighting tirelessly to make it right.

In the meantime, we have decided to withdraw our lawsuit against Major League Baseball. But I’m here today to promise Atlanta-area small businesses that we will continue to find ways to remedy the injustice inflicted upon them. While we are withdrawing our case from federal court here in New York, we will continue to evaluate our legal options and other out of court opportunities. We will have more information to announce in the coming days.”

Watch Alfredo Ortiz’ full remarks below or read them HERE.

Moving the MLB All-Star game from Atlanta to Denver has done real harm to the communities of Atlanta, Cobb County and the state of Georgia:

If your business has been hurt by MLB moving the game out of Georgia please let us know by filling out the form below!