New Billboard: Biden Licks His Ice-Cream While Lying About the Economy

Washington, D.C. (October 19, 2022)—Tomorrow, the Job Creators Network (JCN) is putting up a new billboard in Times Square calling out Biden’s recent claim that the American economy is “strong as hell,” while munching on a waffle cone.

The billboard is headlined, “HERE’S THE SCOOP: Bidenflation is a recipe for disaster. C’mon Joe, the numbers don’t lie.” The billboard then lists the increases in costs for ice cream ingredients, including milk, eggs and sugar—highlighting how inflation during the Biden administration is hurting everyday Americans. You can see the billboard here.

“The Biden administration is delusional when it comes to the economy. For him to claim the US economy is ‘strong as hell’ is a slap in the face to every family struggling to keep food on the table while inflation eats up an increasing amount of their income. I’m sure the small business owner who scooped that ice-cream cone could have given him an earful about their struggles with supply chains and inflation. Bidenflation is giving this economy a painful ice cream headache.” 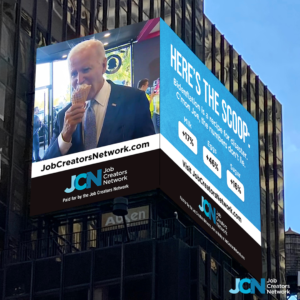 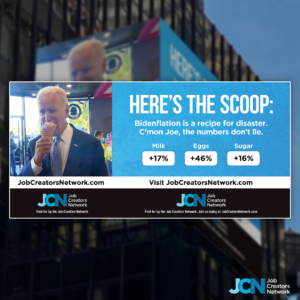 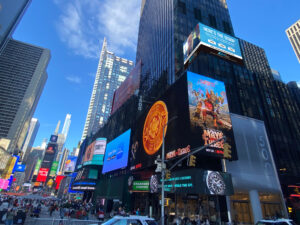