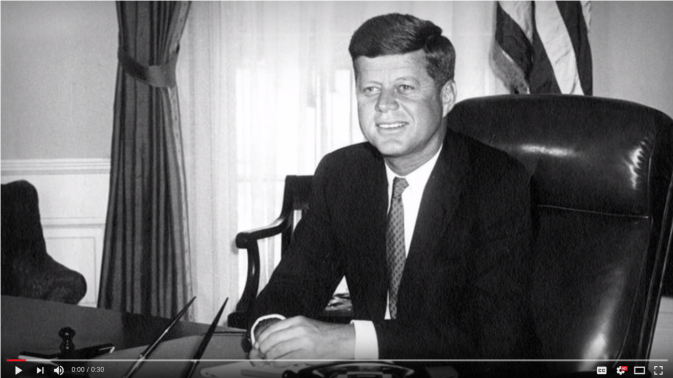 Washington, D.C.—Today, the Job Creators Network (JCN) will start running a new commercial pushing for small business and middle class tax cuts. It features President John. F. Kennedy, who strongly advocated for tax cuts during his time in the Oval Office. It has been proven time and time again to unleash economic expansion and increase government revenue over time.

In the words of JFK, “Tax rates are too high today and tax revenue is too low. And the soundest way to raise the revenues in the long run is to cut the rates now.” America’s small businesses and middle class find themselves in this same positon. It’s time to give them the relief they need.

The commercial will run for a week on cable and dish television platforms in battleground areas for tax cuts—including Washington, D.C., Montana, North Dakota, and West Virginia. The advertisement is just another tool in JCN’s larger campaign pushing for tax relief. The commercial, along with our tax relief petition at TaxCutsNow.com and other media engagement efforts, will push the tax cuts debate forward. The goal is to have significant tax relief legislation passed by the end of the year.

Tax cuts have a long and proud history in the U.S. — leading to periods of strong economic growth and accelerated job creation. The results of tax cuts under President Bush, President Reagan, and the legislation pushed by President Kennedy demonstrated this relationship. We have the opportunity right now to do it again and unleash our full economic potential. The 29 million small businesses who are responsible for two-thirds of all new job creation are being crushed and they need relief immediately. As President Kennedy taught us, small business and middle class tax cuts are not a partisan issue. It’s a win-win policy that both Republicans and Democrats can get behind.

Washington, D.C.—Tomorrow, the Job Creators Network will join together with business, political, and industry leaders from across the country in…