Contrary to Democrat Talking Point, The Economy is Working for Everyone

Op-EdAppeared in Array on May 12, 2019By Alfredo Ortiz

With the unemployment rate at its lowest level in 50 years and wages growing at their fastest pace in a decade, even Democrats cannot deny that the economy is booming. But in an attempt to downplay President Trump’s economic success, they are claiming that these economic gains are merely going to the rich.

This Democratic characterization of Trump’s economy is not new. Earlier this year, Kamala Harris said, “The economy is not working for working people.” Senate Minority Leader Chuck Schumer complained that “the state of the Trump economy is failing America’s middle class.” And for Sen. Elizabeth Warren, the economy is perpetually “rigged” — whatever that means.

This diversion tactic fails on its merits. Start with unemployment rates, which are at or near record lows for Hispanic, black, female, and young workers. The unemployment rate for Americans without a high-school education, supposedly a group that’s been shafted in today’s economy, is hovering near a record low. The rate for those with disabilities has fallen by more than 20 percent over the last year to a mere 6.3 percent — the lowest level on record.

Then look at wages. While average wages have been growing at about 3.2 percent for several months now, they’ve been increasing even faster for middle-class production and nonsupervisory workers. Last year, wage growth was 6.5 percent for the 10th percentile of workers with the lowest incomes — about double the overall average. Contrast this wage growth to the paltry 2 percent average under President Obama.

Over the last five quarters, economic growth has exceeded 3 percent — more than 50 percent higher than the average under the Obama administration. As socialist economist Thomas Piketty pointed out in his celebrated, if unreadable, tome, Capital in the 21st Century, the growth rate disproportionately benefits ordinary workers who often don’t have exposure to the stock market. At 3 percent economic growth, standards of living triple over an average lifetime; at 2 percent growth they merely double.

That said, the stock market, which hit a record high this month, benefits ordinary Americans as well. Two-thirds of Americans aged 30 to 64 own stocks. They see the value of their pension, retirement, and college savings accounts rise with equity prices. Record stock prices also help those exposed feel richer, meaning they spend more, invest more, and tip more — actions that directly stimulate the economy and benefit workers who don’t own stocks.

Food stamp usage continues to decline. Disability claims are near a historic low. Initial jobless claims are at their lowest level since 1969.

This week, the Labor Department announced that there are a record 7.5 million unfilled jobs, millions of which pay good middle-class salaries. Forget a $15 minimum wage; President Trump’s economy has created countless $50,000 jobs.

Survey data also demonstrates the broadness of this economic boom. According to Gallup, Americans’ optimism about their personal finances is at a level not seen in more than 16 years. Consumer confidence continues to hover near a 21st century high.

Can you imagine the self-congratulatory speeches by Democrats if these numbers were coming out during the Obama administration?

No matter how strong the economy, there will always be some people who are left behind. It’s just that right now that number is vanishingly small. In a desperate attempt to avoid giving Trump credit, Democrats will continue to pretend this number is bigger than it is. But Americans should take their claim for what it really is: a partisan talking point that has no basis in reality. 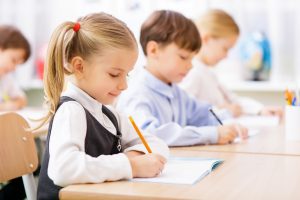 Opportunity Scholarships Are a Win For Everyone

Last week, while North Carolina’s public school teachers marched in Raleigh to demand higher paychecks, many of the state’s public…