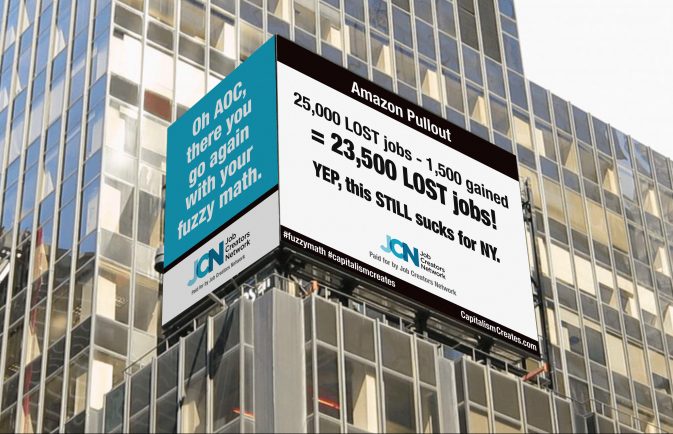 Amazon recently announced the opening of a new office in Manhattan that will bring 1,500 new jobs to New York City. Although the jobs are welcomed, the new development doesn’t undo the harm sparked by Rep. Alexandria Ocasio-Cortez (AOC) earlier this year. Her vocal opposition to Amazon HQ2 in Queens led to the loss of 25,000 jobs in the city.

The new decision from Amazon has sparked a reaction from AOC— saying on social media “waiting on the haters to apologize after we were proven right on Amazon and saved the public billions.” In response to her comments, the Job Creators Network (JCN)—which was behind a string of ads earlier in the year calling out AOC—has put up yet another billboard in Times Square. The message: gaining 1,500 jobs doesn’t annul the loss of 25,000 jobs.

Who Wants to Eliminate All Private Health Insurance?