Amazon Pulls Out of NYC: Thanks for Nothing AOC 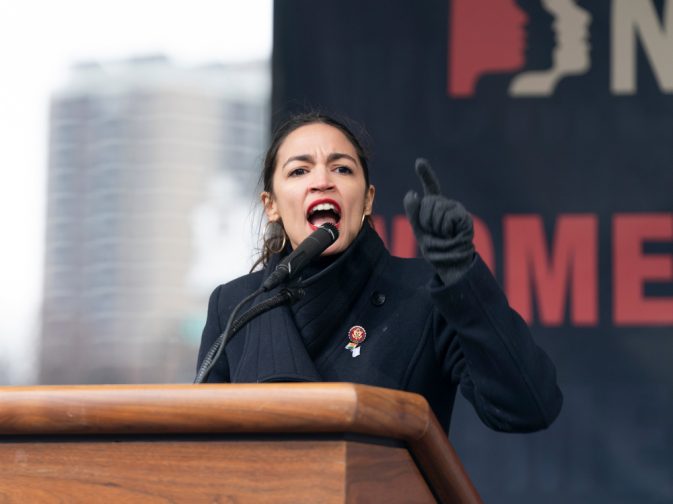 Amazon—one of the country’s leading tech and logistics businesses—has been planning to make a multi-billion investment in New York by constructing HQ2, a regional headquarters for the company that was set to be split between Queens and Northern Virginia. But those plans came to a screeching halt once opposition from Rep. Alexandria Ocasio-Cortez, along with other anti-business politicians, ramped up.

The termination of the venture marks a significant blow to the New York economy. Not only will New Yorkers lose out on 25,000 new jobs and $4 billion in wages, but also $12 billion in economic activity for the region. This is money that would have been flowing through the hands of consumers and businesses in the area—strengthening local communities and expanding commerce.

To call attention to the epic Amazon fail, the Job Creators Network erected a billboard in the heart of New York, Times Square. The advertisement is headlined “AMAZON PULLOUT, Thanks For Nothing AOC.” View the billboard below: 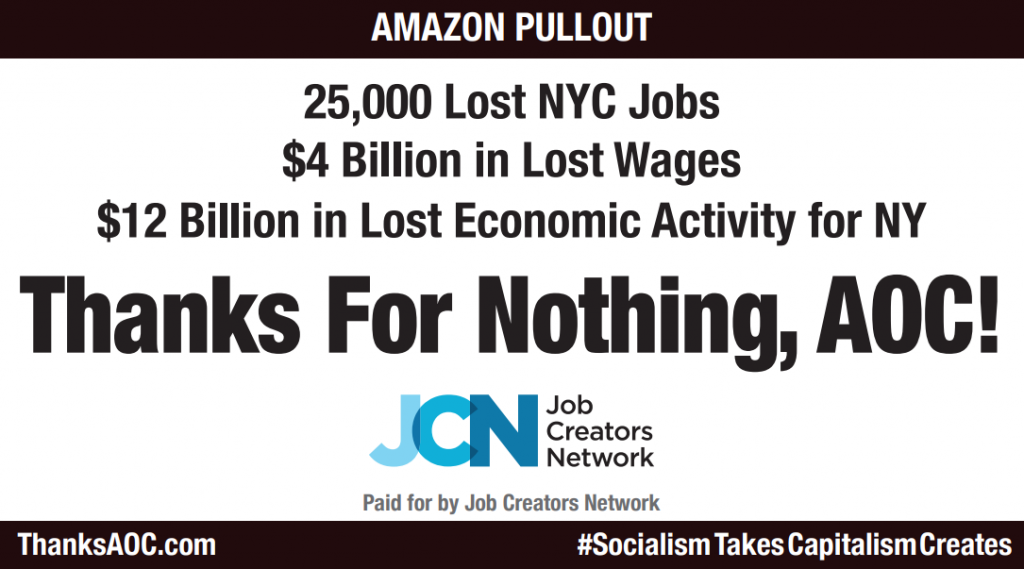 Amazon’s pullout is just one example of what can happen because of a socialist, anti-business agenda. Imagine the consequences if it is repeated on a larger scale. #SocialismTakesCapitalismCreates

Watch Alfredo Ortiz, President and CEO of the Job Creators Network, discuss the issue below: 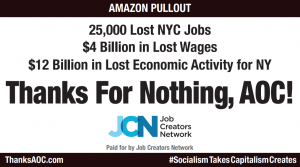 AMAZON PULLOUT: Thanks For Nothing AOC!

The Job Creators Network is putting up a billboard in Times Square calling out Rep. Alexandria Ocasio-Cortez for the role…