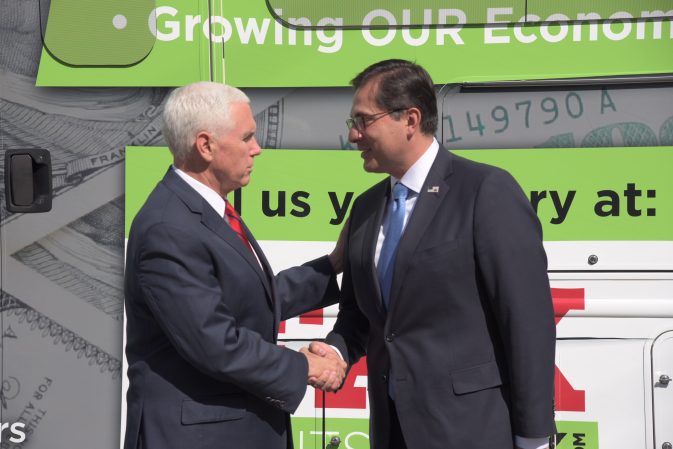 Alfredo Ortiz, JCN President and CEO, joined Vice President Mike Pence at a rally in St. Louis that focused on the growing economy that has induced wage growth, job creation, and the expansion of small businesses. The St. Louis Post-Dispatch reported on the event. Read an excerpt below:

“There’s only one way you can sum up the last 18 months,” Pence said. “It’s been 18 months of promises made and promises kept.”

In a wide-ranging, 30-minute speech at the St. Louis Marriott Grand on Washington Avenue downtown, Pence highlighted a number of key items on Trump’s agenda, such as his tax cuts, his appointment of conservative judges and his push for stronger borders.

Pence said he estimated the typical family of four in the St. Louis area would save roughly $2,600 a year thanks to the recent tax cuts.

“Confidence is back, jobs are coming back, in a word, America is back. And we’re just getting started,” he said.

Pence’s remarks followed a panel discussion hosted by America First Policies, a nonprofit organization set up last year to promote Trump’s policies. The panelists focused on the benefits of the Trump administration’s tax bill and cuts to regulations, citing boosts to their small businesses and increased disposable income.

“Overall, we’ve seen unemployment at historic lows across the board,” said Alfredo Ortiz, president and CEO of the Job Creators Network. “There are more jobs available than people who are looking for them.” 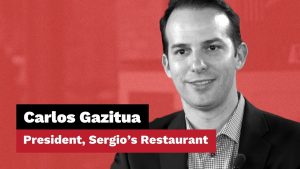 Carlos Gazitua is the President of Sergio’s Restaurant in South Florida. Running his family business has been a challenging but…