WASHINGTON — When Nancy Petro needs routine tests to make sure her thyroid cancer and high blood pressure have not returned, the retired gas station attendant and general store clerk must now drive an hour over mountainous roads to seek care, even though there is a hospital just minutes from her home in rural northern New Hampshire. 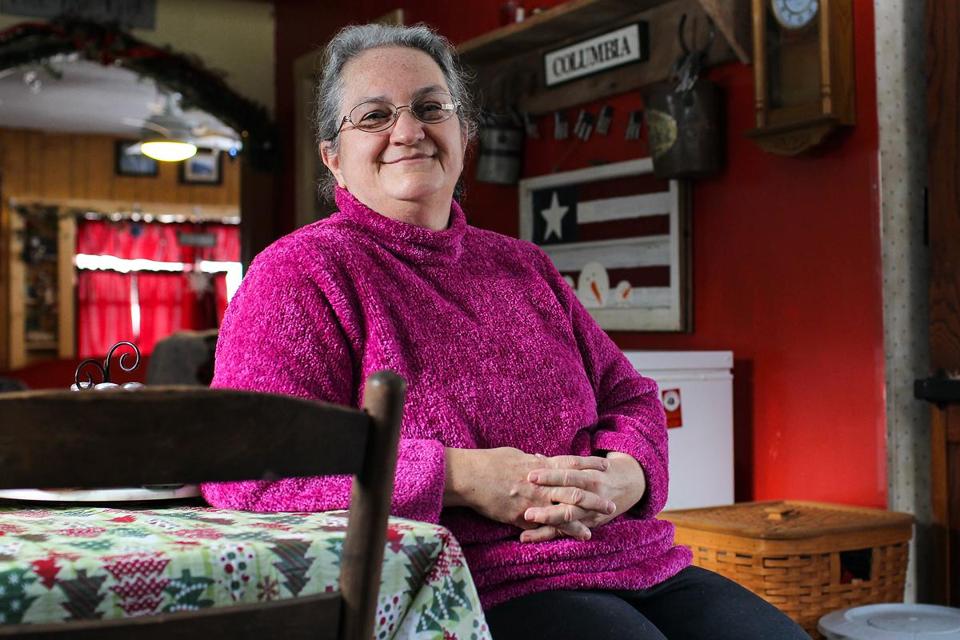 Petro, 62, had been uninsured until January, when she obtained coverage through President Obama’s groundbreaking health law. The benefit, just $26 a month, came with a downside, however.

To keep premiums affordable, Anthem Blue Cross and Blue Shield of New Hampshire, the only insurer in the state offering coverage in the new insurance marketplace, radically reduced the hospitals in its network. Petro’s local provider did not make the cut.

Petro’s case reflects how Obama’s health law has upset the previous balance in the insurance landscape. As new coverage begins this month, most policies sold through the insurance marketplaces offer some type of restricted hospital network in exchange for lower premiums.

Nowhere is the impact on patients and hospitals as extreme as in New Hampshire, say health policy analysts, because of the lack of alternatives to Anthem’s strict network.

Of the state’s 26 hospitals, 10 are excluded from Anthem’s network. Not on the list: Petro’s former provider, Upper Connecticut Valley Hospital, where the uninsured receive free or discounted care. The 16-bed facility, located 15 miles from the Canadian border, serves New Hampshire’s largest geographic area and its neediest patient population.

Residents of the state capital, Concord, are also forced to travel, because the hospital in that city declined to join the network. They must drive 18 miles south to Manchester.

And Sullivan County — in the west central part of the state, which spans some of the New Hampshire’s most economically depressed towns — has no hospital in the network.

Petro, whose only income is Social Security widows’ benefits, said she is grateful for the $628-a-month government subsidy she will receive for insurance coverage through the health reform law. But she notes with jarring irony that she is now one of thousands of New Hampshire’s newly insured who may find it more difficult to get access to care.

“Now I have to drive 50 miles for blood work when there’s a hospital three miles from my house,” said Petro, who finds wintertime driving perilous, given that it is difficult to reach even her mailbox because of the sheet of ice coating her driveway. “It’s going to be harder to get there and get this done.”

Consumers must buy coverage through the insurance marketplace in order to receive government subsidies. In New Hampshire, where there is no competition, the narrow network applies to all of Anthem’s insurance plans for individuals and small businesses.

“Obamacare was sold to Americans with the president saying you don’t have to change your doctor. But in New Hampshire, with the way that the insurance company and the state has allowed it to roll out, that’s simply not true,” said Peter Wright, chief executive of Valley Regional Hospital in Claremont, a Sullivan County hospital excluded from the network.

So far, more than 11,000 have applied for coverage through the New Hampshire marketplace, and Anthem estimates that 20,000 new members will enroll this year. The law requires most Americans to obtain insurance by the end of March.

Anthem executives said its hospital network is adequate under state regulations, which require that most specialists be accessible within a one-hour drive, or 45 miles, for 90 percent of the plan’s membership.

The insurer formed its narrow hospital network after extensive market research, when consumers indicated they would be willing to trade a full network for lower premiums, said Lisa Guertin, president of Anthem in New Hampshire. The result is a 30 percent savings for individuals buying coverage in the marketplace, she said.

“We know any change is a disruption, but it’s not a bare-bones network by any stretch of the imagination,” Guertin said. “We’re here to try to put forth products that people will buy and value, balancing access with affordability.”

Anthem was only able to negotiate lower rates with in-network hospitals in exchange for the assurance that they would benefit from an influx of new patients by increasing the size of their service area. In other words, those hospitals had to be guaranteed greater market share.

“There has to be a value proposition for them,” Guertin said.

Several hospital executives left out of the network said Anthem, a for-profit Blue Cross Blue Shield subsidiary of Wellpoint, never approached them about being included at a lower rate. They said they would have accepted.

“Anthem did not negotiate with us, did not even contact us. They basically red-lined us on their own,” said Charles White, chief administrative officer of Upper Connecticut Valley Hospital, which serves the northern part of Coos County. The county has the worst health outcomes in the state because of high rates of smoking, teen pregnancy, alcoholism, and obesity.

The patchwork nature of how the health care law alters markets is illustrated by the differences with neighboring Vermont.

Blue Cross Blue Shield operates as a nonprofit in Vermont, where every hospital is included in the network — including Upper Connecticut Valley Hospital in New Hampshire.

“If I lived across the river in Canaan, Vt., I would have access but if I lived in Colebrook where the hospital is actually located, I would not have access,” White said. “It makes no sense.”

Anthem has also narrowed its hospital network in southern Maine, reducing premiums by 12 percent, but consumers there may choose a second insurance carrier in the marketplace that includes all hospitals. In Massachusetts, where 10 insurers are selling plans on the marketplace, Blue Cross Blue Shield has created less-expensive tiered plans instead of using a limited network. Consumers can still seek care wherever they wish; they will just need to pay more for certain hospitals.

Republicans are gleefully capitalizing on the network adequacy issue and other struggles with implementing health reform in New Hampshire. Americans for Prosperity, a conservative group, released a television ad targeting Senator Jeanne Shaheen by showing footage of the New Hampshire Democrat on the Senate floor quoting Obama: “You can keep your insurance if you like it.”

“Jan. 1 is when these major changes took effect, so people are starting to feel the impact right now,” Moore said.

Shaheen said in a prepared statement that she hopes New Hampshire residents will be able to choose among more hospitals in 2015 when two more insurers — Harvard Pilgrim and Minuteman — are expected to enter the marketplace. Neither carrier has announced its network.

Republicans have also targeted US Representatives Annie Kuster and Carol Shea-Porter. Kuster said in a statement that she is “frustrated with the limited scope of New Hampshire’s marketplace” and hopes that the new insurers will spur competition and expand access next year.

Shea-Porter said in an interview that state regulators should never have approved Anthem’s narrow hospital network, which she believes to be inadequate. She has called for a public examination into whether the new network actually fulfills legal requirements.

“It’s wrong. It’s unfair,” Shea-Porter said, accusing the state and federal authorities of rubber-stamping Anthem’s claim of network adequacy. Shea-Porter, who has spoken about her concerns with Obama and other White House, federal, and state officials, said she is skeptical that the in-network hospitals have enough physicians to respond to the expected influx of new patients.

Alvin Felgar, chief executive of Frisbie Memorial Hospital in Rochester, which was excluded from the network, is seeking a grievance hearing with the New Hampshire insurance commissioner.

Also, state senators have proposed legislation requiring any insurance carrier on the marketplace to include at least one hospital in each county in its network. Other state lawmakers say they want to change the network adequacy rules to pressure insurers to negotiate with hospitals in medically underserved areas.

“These are real strategic financial threats to community hospitals that are meeting all the quality benchmarks,” Felgar said. “We’ve been seeing these patients who haven’t had insurance in forever, and now that they do, they aren’t eligible to come to us. Is this what President Obama had in mind? We’ve done everything right, and now when the big dance comes, we’re all ready to go and we can’t even get in the door.”

Correction: An earlier version of this story misstated the reason why Concord Hospital is not a member of Anthem’s network. The hospital declined to join the network.