By the numbers: Veterans are 45 percent more likely than those with no active-duty military experience to become entrepreneurs, and own 2.4 million - or nine percent - of American firms.
Blog PostNovember 10, 2015 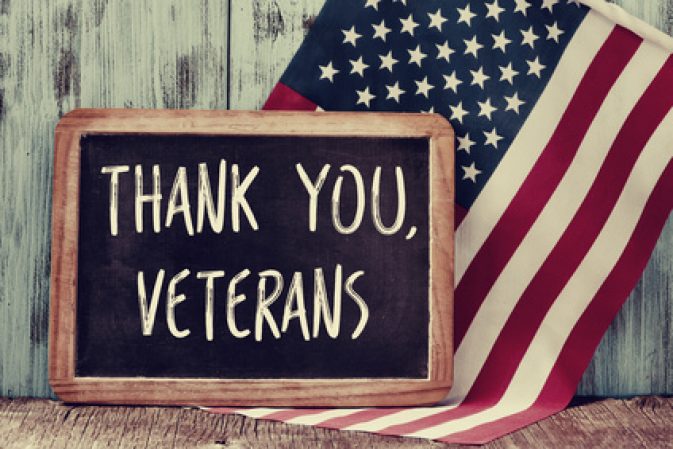 This Veterans Day, Job Creators Network thanks all of our military veterans, including the millions of Americans who not only unselfishly served our nation in United States Armed Forces, but returned to civilian life and continued their service to the country through entrepreneurship and job creation.

Military veterans make up a big portion of business ownership. According to Entrepreneurship.com, more than 2.4 million U.S. businesses are owned by veterans, about nine percent of all American firms. They employ 5.8 million employees and dole out $210 billion in annual payroll. All of this business activity pumps $1.2 trillion into the American economy. (See infographic below for more facts and figures about entrepreneurs who are veterans.)

Whether it’s the difficulty of transitioning back to an ordinary working civilian life, or the organizational skills and risk-tolerance developed during military training, veterans have been more likely than those with no active-duty military experience to become entrepreneurs – at least 45 percent more likely, according to a study by the Small Business Administration Office of Advocacy.

The Veterans United Network lists Fortune 500 companies and other well-known businesses whose CEOs are veterans – companies whose products and services impact our lives every day:

As for veterans in the workplace, JCN would also like to recognize the hard work by our friends and partners at VetJobs – the leading military job board that helps military, National Guard, Reserve Component Members and veterans transition back into the civilian workforce. VetJobs recognizes the special qualifications that the American workforce needs that are honed during military service, such as proven leadership, mission focused, team players, work ethic, training and education and being an immediate contributor.

Again, to our nation’s veterans, thank you for all the ways you serve our country. We are forever indebted.