Washington, D.C. (October 15, 2018)—Americans have a very big choice to make in the voting booths this November, said the Job Creators Network (JCN). To highlight the big choice election, JCN is running a full-page advertisement in USA Today that graphically illustrates the differences in the policy outcomes supported by the two major parties.

“The differences between policies supported by the Republicans and Democrats couldn’t be more stark during this election,” said Alfredo Ortiz, JCN president and CEO. “On one side, the Republicans offer smart fiscal policies and free market solutions that drive prices down and send paychecks up, while Democrats propose more government control and policies that contribute to an increasingly bloated bureaucracy. Americans have a big decision to make this November, and the right choice couldn’t be more clear.” 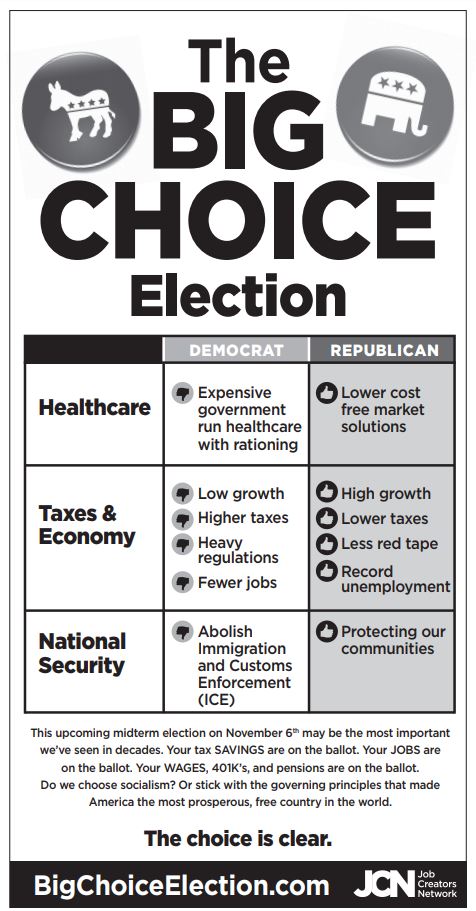 As part of the continuing effort to educate voters about the decision they must make in November, JCN is also deploying a set of infographics and shareables—which can be found and downloaded at BigChoiceElection.com—that aim to promote pro-small business policies.