Washington, D.C. (March 26, 2019)—Today, the Job Creators Network continued its billboard campaign spotlighting the flaws of socialism. The billboards—located at 7th Avenue and 42nd Street—closely follow a Senate vote over the Green New Deal, in which not a single Senator voted in favor of the resolution.

The first billboard humorously says “We’re baaaaaaaaaaaack”—highlighting the enduring presence of the JCN ads in Times Square. The second calls attention to the massive cost associated with the Green Raw Deal—saying “Hey AOC: Got the Green Raw Deal Blues After that Senate Vote? Maybe No One Liked the $93,000,000,000,000 Price Tag.”

“Not a single Senator voted for the Green Raw Deal, maybe because of its $93 trillion price tag,” said Alfredo Ortiz, JCN President and CEO. “Nearly every Senate Democrat voted present because they know it’s a disaster but they’re afraid of their base.  Thankfully, most Americans support capitalism, reject socialism, and have no interest in becoming the next Venezuela.”

View the billboards below. 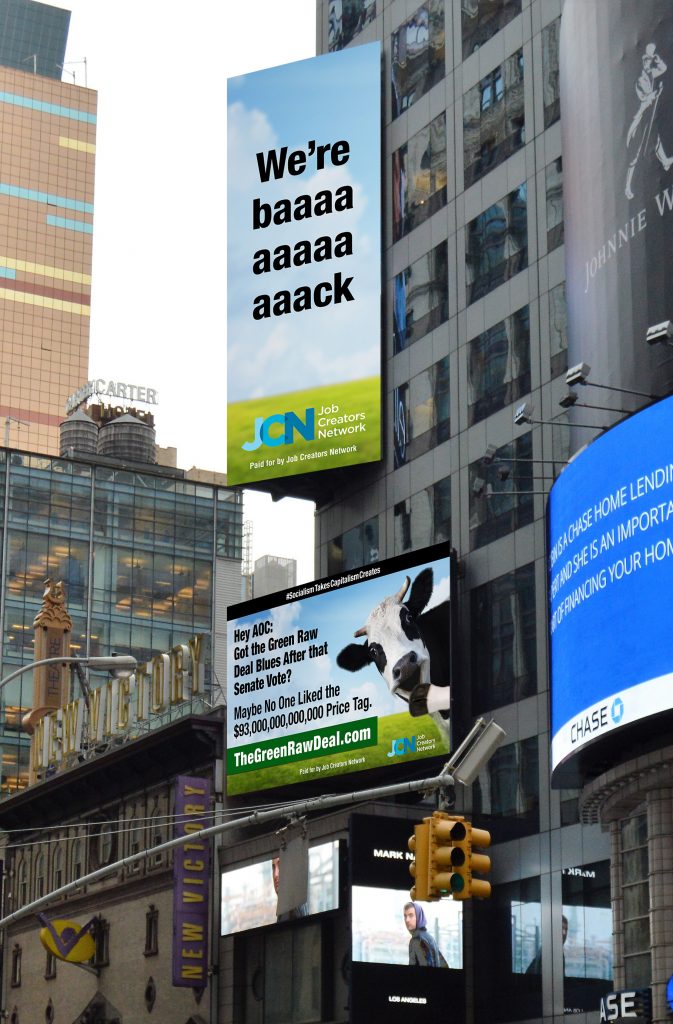 Washington, D.C. (March 21, 2019) – Higher education has come to the forefront of public debate this week,…