Op-EdAppeared in RealClear Politics on January 15, 2021By Alfredo Ortiz 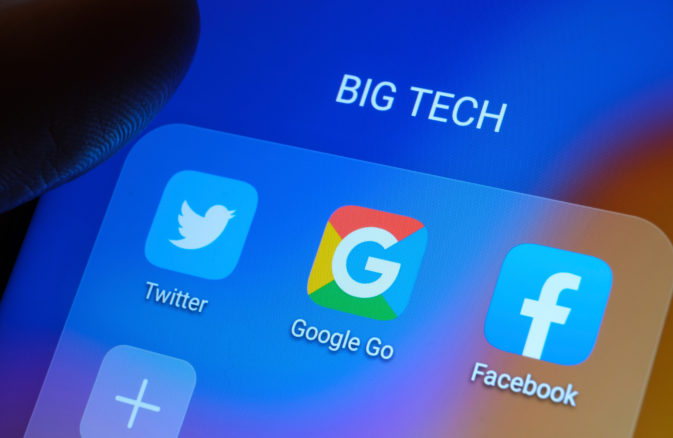 Big Tech’s coordinated silencing of conservative voices, including President Trump’s, signals a crossing of the Rubicon in the debate over government involvement to protect free speech.

Even conservatives like me, who have long argued that small-business competition is the best way to moderate the tech oligarchs’ power, recognize that government may now have an interest in making some large companies, such as basic web-hosting platforms, utilities akin to AT&T.

Since last week’s U.S. Capitol riots, Twitter, Facebook, and Instagram have indefinitely banned the president, eliminating his primary means of communication with the American public. They have also canceled social media accounts that speak of election irregularities and other conservative topics. Countless conservative commentators have inexplicably lost tens of thousands of followers.

Ostensibly, this purge is intended to prevent further violence and rioting. In reality, it is a power grab. No matter their political ideology, Americans must reject this violation of free speech – and recognize that this muzzle may one day be used on them. As the ACLU states, “It should concern everyone when companies like Facebook and Twitter wield the unchecked power to remove people from platforms that have become indispensable for the speech of billions.”

Since social media first began censoring political viewpoints, starting prominently with Alex Jones in 2018, conservatives have generally responded by noting that these are private companies free to deny services to whomever they please. Even though these social giants are 21st-century versions of the town square, they are private businesses first and foremost. Don’t like their de-platforming decisions? Start a competitor that doesn’t censor.

Often left unsaid in this argument is that these companies enjoy special regulatory treatment, known as Section 230 of the Communications Decency Act. This protection shields them from liability as mere communications platforms, like a phone carrier, rather than as traditional publishers legally responsible for what they publish.

Yet eliminating this regulatory advantage by repealing Section 230 would likely backfire. If tech companies are suddenly liable for their content, then censorship would only increase, resulting in even less speech. Regulating social media companies as traditional publishers would also entrench their oligopoly status because new content-moderation burdens would be so costly that it would prevent new competitors from entering the market.

The argument for more small-business competition in this space is undercut, however, when Big Tech can simply team up to de-platform and even de-host their competitors, banishing them from the Internet altogether. Last weekend, Google, Apple, and Amazon worked in tandem to destroy Twitter competitor Parler. Google and Apple banned it from their app stores. Then Amazon, one of the few web-hosting clients that can accommodate a data-rich site like Parler, pulled the plug by terminating its hosting completely.

The tech companies justified their unprecedented decision by claiming that Parler is a threat to public safety. Yet Parler doesn’t allow incitement to violence and has roughly the same amount of objectionable content as Twitter and Facebook. Could some of its content conceivably encourage riots? Of course. But by that standard, Twitter and Facebook accounts that promote Black Lives Matter content, which inadvertently fueled riots last summer, should also be purged.

Tech’s black-holing of Parler is likely more about destroying small-business competition and cementing its own power. Before being shut down, Parler was the number one downloaded app. With Trump likely to encourage his 88 million followers to migrate to the site after his Twitter ban, it was primed for exponential growth. Big Tech killed it in its cradle. Parler CEO John Matze said that the purge was a “coordinated attack by the tech giants to kill competition in the marketplace.”

Many conservatives like me are hesitant to claim that government is the solution to this problem. But when small businesses can’t even get hosting, what are they supposed to do next? Create their own Internet?

If these companies can’t even find a foothold on the web, then regulating web-hosting in ways akin to utilities would become a proper use of government. Just as utilities such as AT&T can’t exclude services to users based on political beliefs, neither could utility web-hosting companies.

Let’s hope that it doesn’t come to this, and that a bipartisan coalition of Americans can rise up to demand tech companies put broad free speech goals above narrow partisan interests. Yet we may already have crossed over the brink. 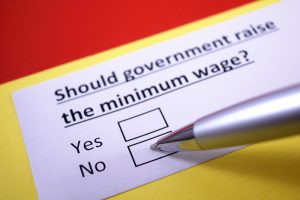 A $15 federal minimum wage is not the answer

It’s a new year, but small businesses will continue to face the prospect of a $15 increase in the federal…