Op-EdAppeared in Breitbart on December 31, 2021By Alfredo Ortiz 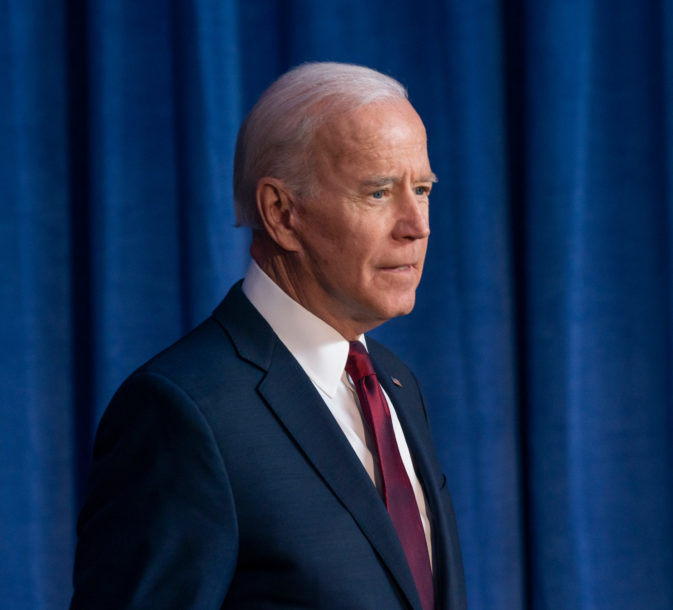 President Biden concluded 2021 the same way he started it, lying about his record. He tweeted Wednesday, “We’re ending 2021 with what one analyst described as the strongest first-year economic track record of any president in the last 50 years.” Even Biden couldn’t make this wild claim directly without the desperate appeal to authority from an unnamed “analyst.”

You don’t need to be an analyst to recognize that this whopper should lay last-minute claim to “lie of the year” in any of the lists made by far-left activist journalists masquerading as independent fact-checkers at seemingly every mainstream media outlet. In reality, the economy is stagnant, with Americans falling further behind due to Biden’s bad policies.

Here are some inconvenient truths that destroy Biden’s argument: Inflation, as measured by the Consumer Price Index (CPI), is currently running at 6.8 percent, the fastest pace in 40 years. (As I argued in a recent op-ed, when you conduct an apples-to-apples comparison of how inflation is measured now versus 40 years ago, today’s inflation may actually match or even exceed President Carter levels.) The Producer Price Index (PPI), which measures the prices businesses pay for their inputs and is a forward indicator of the CPI, is increasing at a record 9.6 percent.

This runaway inflation is placing an enormous burden on ordinary Americans, especially those on fixed incomes who see their cost of living increase every day. Inflation is significantly exceeding wage growth, resulting in a Biden pay cut of reduced real wages and lower living standards. Unsurprisingly, the mainstream media makes little-to-no mention of these shrinking paychecks, even though they are arguably the biggest issue affecting American wellbeing.

The country is also enduring a supply chain crisis of the likes we haven’t seen in generations. As a result, some Americans couldn’t get their Christmas presents on time. Small businesses can’t access needed inputs, weighing on their profitability. These third-world-style problems of runaway inflation and supply shortages are due to Biden’s reckless spending and distortionary policies.

Biden’s biggest lie regarding his accomplishments comes when he talks about the labor market. He brags that he has created nearly six million jobs since he took office. But these are not new jobs. They are merely ones already created under President Trump that temporarily disappeared during the pandemic. By taking credit for the return of these jobs, Biden is committing the same logical flaw as President Obama, who claimed he was a jobs president by pointing to people returning to work after the Great Recession.

In reality, the labor market remains far below its pre-pandemic peak. There are still four million fewer people working today and nearly five million more people out of the labor force compared to February 2020. After falling precipitously from 66 to 63 percent under Obama, the labor force participation rate (LFPR) actually rose under Trump before the pandemic hit — a remarkable achievement given its long-run decline. Today, the LFPR, including among 25- to 54-year-olds, has gained back only about half of its pandemic-related decline. Nothing to celebrate.

Making this labor market slack even more striking is the fact that America is enduring a historic labor shortage. There are a record 11 million unfilled jobs nationwide — suggesting that some Americans on the labor market sidelines are actively choosing not to work. Small businesses are desperate to hire; but due to the Biden administration’s flawed policies, including increased social welfare programs like monthly child tax payments, many Americans are choosing not to work.

To actually turn the economy into the one in the figment of Biden’s imagination, Congress must support policies that help small businesses. That means telling small businesses once and for all that they won’t face tax increases and new regulations, such as those proposed by the Build Back Broke legislation supported by Biden and Congressional Democrats.

While the prospects for passage of the BBB are thankfully looking slim, ultimately, the only way to bring small businesses and the economy back is by electing pro-small business candidates in the mid-term elections this fall and flipping control of Congress. These small business backers can help enact tax cuts, deregulation, and fiscal sanity to set the stage for a repeat of the historic shared prosperity enjoyed from 2017 to 2019. That’s a New Year’s resolution that all Americans should support. 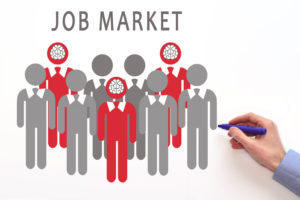 Let the free market dictate the labor market, not the government

As we head into the New Year, wages are rising at a breakneck pace. Why? Because available workers have become…