The new proposed rules to increase eligibility for overtime by raising the wage exemption floor could have far-reaching, unintended consequences that hurt more workers than they help.
Blog PostJuly 1, 2015 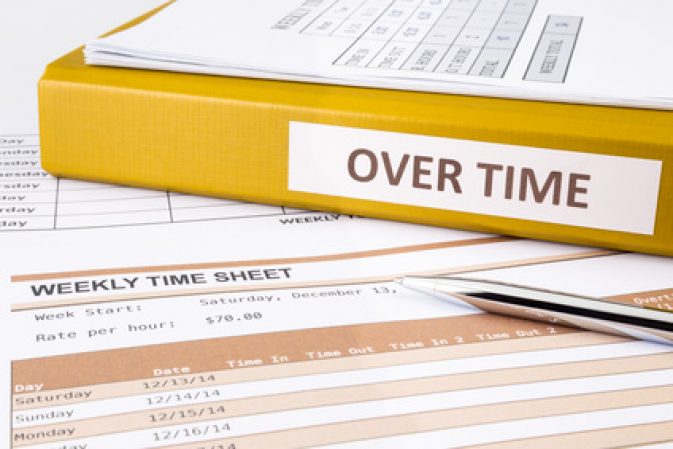 Even the most well-intended government rules and regulations can have far more negative effects than positive ones.

The proposed new federal rules for overtime pay are no exception.

Announced last year with details unveiled this week, these rules would adjust the Fair Labor Standards Act to make more workers eligible for overtime pay – from $455 a week ($23,660/year or less) to $970 a week ($47,892/year). The change would reportedly affect five million workers, or less than four percent of the nation’s 149 million member workforce.

While Americans deserve to be fairly compensated for their hard work, it’s important to understand how this rule impacts businesses and employees, especially lower profit margin companies such as grocery stores and restaurants.

“White Castle System Inc., a hamburger chain with about 400 general managers who earn annual salaries of $45,000 to $54,000 and don’t qualify for overtime pay, had estimated it would cost the company between $8 million and $12 million a year to compensate the managers for the overtime they work, said Jamie Richardson.”

And as Washburn University Law School Professor Joseph P. Mastrosimone writes in the Huffington Post,  “while the rule would make more employees eligible for overtime pay, it might result in workers being worse off than before.”

By worse off, he means employers will be forced to figure out how to pay some employees more, with the same revenue stream. Here are some options employers may consider (abridged for length):

Many employers would also have to crack down on workers’ job duties, thus reducing opportunities for comp or flex time, and as the Wall Street Journal points out, cause a bigger paperwork headache. Restaurant owners, for instance would have to carefully track when workers were “performing supervisory tasks, such as setting schedules, and when they were performing tasks typically handled by hourly workers, such as running a cash register.”

The National Retail Federation says expanding overtime rules would drive up payroll costs but would limit opportunities to move up into management.

All of this, says Mastrosimone, “would incentivize employers to take away the flexibility, stability, and notability that come from earning a guaranteed weekly salary and to replace it with the uncertainty of an hourly wage. And, that trade off could come with little or no additional take home pay for the employee.”

And hiring might become more difficult if it is more expensive. The federal health law already fines employers if they do not offer health insurance. A Marketwatch columnist suggested that businesses may start cutting back on hours of service, outsourcing to other countries or incorporating more technology to replace human labor. There’s no overtime requirement for automation.

These rules are being touted by politicians and others as a way to boost the middle class. Unfortunately, more government overreach is not the best avenue to achieve these noble goals. Allowing employers and employees to reach the terms of their own working arrangements – including hours and pay structure – ensures companies can pay within their means to stay in business and create jobs in the first place.

The Affordable Care Act (ACA) has survived a legal challenge in the U.S. Supreme Court. Six of the nine justices…