In early December, an 11 year old Oregon girl was told she could not sell mistletoe at a holiday market because she did not have a city-required permit. Instead, Madison Root was told she could raise money for her braces by begging instead.

The story went viral – from national U.S. News networks to the U.K. to numerous influential websites, a significant outrage emerged about a child entrepreneur falling victim to government overreach.

Madison told a national radio program the entrepreneurial spirit runs in her family and she fears the implications of stifling laws like those in Portland, Oregon:

“It disappoints me that this country has come down to begging instead of working hard for something you want and need,” Madison responded. “My dad has his own company. He’s an entrepreneur. My whole family has always been entrepreneurs. They always have some business going on.”

What happened next, though, demonstrates exactly why free markets work and why free enterprise should be encouraged, rather than hampered by government policies. According to news reports, Madison’s business is now booming, with hundreds of mistletoe orders pouring in, and more:

“She launched a website, www.madisonroot.com. She’s been making the radio circuit, granting interviews to talk radio. She’s also been planning logistics to fulfill all the incoming orders.”

And a local Christmas tree retailer who is an entrepreneur himself, gave Madison $1,000 as “seed money” for her mistletoe business.

The Portland, Oregon ordinance that was the ‘root’ of this ordeal is a microcosm of the impact well-intended national government policies have on grown-up entrepreneurs – policies such as the Affordable Care Act and Dodd-Frank. But just like 11 year old Madison Root, the job-killing effects of these government regulations have not ended the dreams of nearly half of Americans who still want to own a business.

Job Creators Network understands that small business creates two-thirds of all new jobs; these companies are the key to lasting economic recovery. From Portland, Oregon to Washington, D.C., we need our policymakers to untie the hands of job creators so current and succeeding generations can realize the full potential of their innovation and hard work, and create boundless opportunity for all of us for years to come. 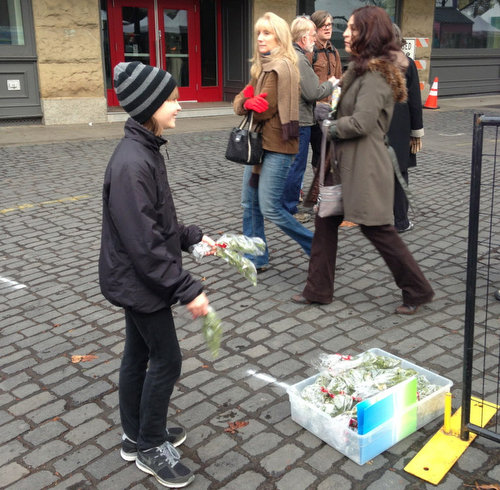 4 in 10 would rather pay fine than buy insurance