When the alarm sounds that technology robs humans of jobs, don't panic. The reality is, such innovation creates more - and better - jobs, and leaves us with more spending power than before.
Blog PostSeptember 2, 2015

Each shift in America’s workforce seemingly brings with it a “fear of robots” – that is, technological advances that will eliminate the need for human beings in the workplace. Right now is no exception. From self-checkouts at the grocery store and restaurant self-ordering, to up-and-coming driverless cars and drone delivery, businesses are figuring out ways to do more with fewer people.

But instead of fighting the wave, we should ride it whenever possible. History has proven time and again that innovation combined with new technology leads to greater productivity on fewer man-hours. And yes, more jobs.

A 2013 Forbes piece summed it up well: “Technology has been making jobs obsolete since the dawn of civilization,” and cites an Oxford University study which frighteningly concludes “nearly half of U.S. jobs are at risk of computerization.”

But as the author pointed out, that particular data didn’t go far enough. Despite an onslaught of new gadgetry and better equipment, the United States actually manufactures more today than it did in the 1970’s.

The chart below shows how American manufacturing churns out more today than at any time in history and two-and-a-half times more than in 1970 — “before globalization and cheap foreign labor ‘hollowed it out.’” 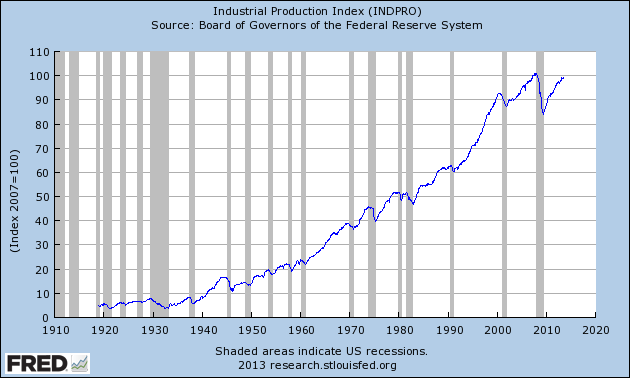 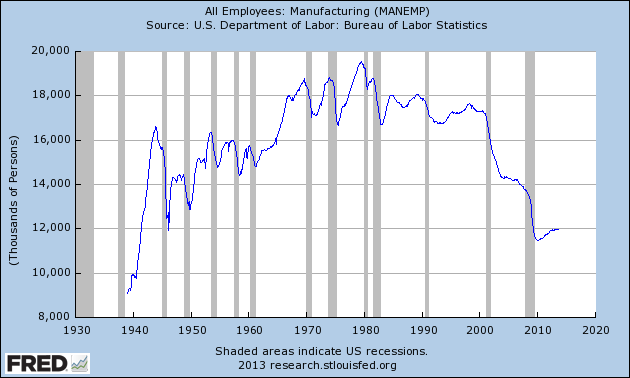 So, as the author concludes, we produce more today with the same resources and we do it “far more cheaply.”

What’s more, with the exception of recession periods, unemployment has stayed relatively steady – nearly half of the nation’s workforce has not fallen off the face of planet employment as the Oxford study above might have one think.

Why? Let’s go back to England where a more recent study offers some clues.

Researchers looked at the relationship between jobs and technology over the past 140 years. It found two things: One, technology boosts people’s spending power and two, this spending power creates new demands for different kinds of jobs than before.

For instance, a four-fold rise in bar staff since the 1950’s, or a “surge in the number of hairdressers this century.”

In other words, as technology has helped humankind wean itself from the “hard, dangerous and dull jobs” inherent in agriculture and manufacturing, it has opened the floodgates for jobs in the “caring, creative, technology and business services sectors”: 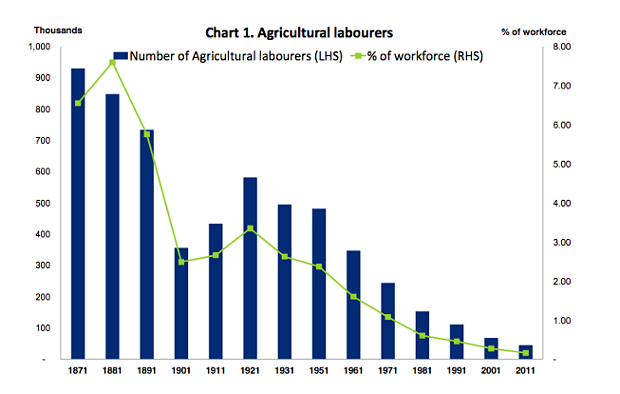 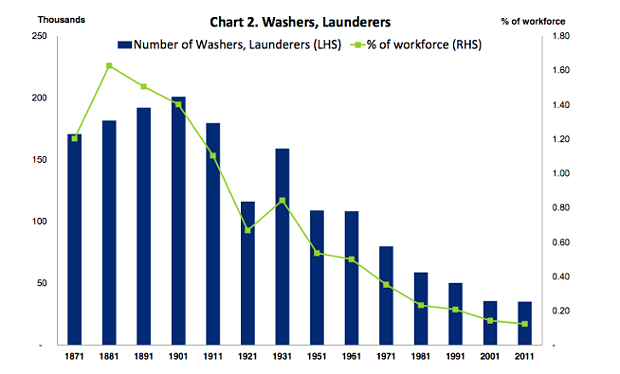 The same period saw these increases as well:

The shift has also given rise to knowledge-based professions such as accounting, medicine and education.

And the increase in spending power stems from technology cutting the prices of essentials like food, household appliances and automobiles which the study’s authors say leaves more money to spend on leisure: 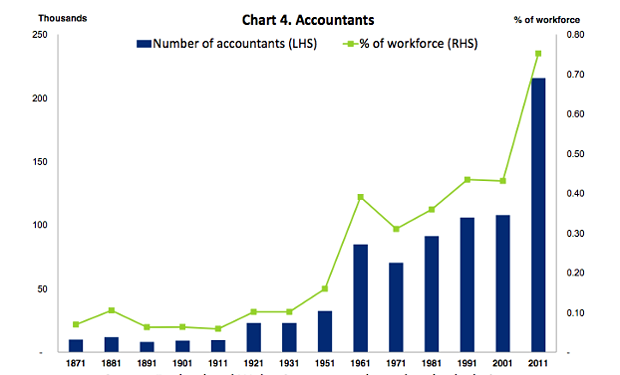 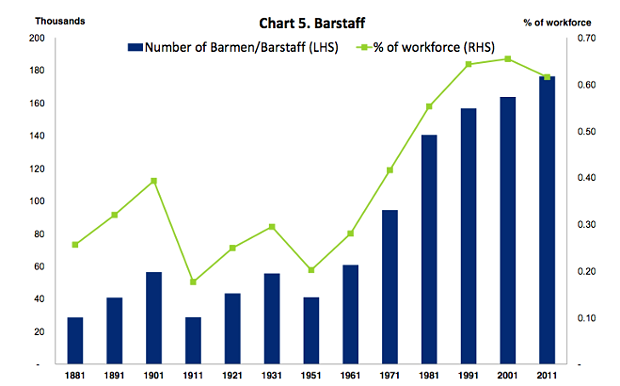 “I, Robot” now will lead to more efficient production, superior service and capital later for entrepreneurs and spenders alike to create a new high-tech workplace normal for existing business and greater opportunity in other sectors.

That’s why technology and innovation should be encouraged without fear that such advances will destroy jobs. This is also why we should be wary of government policy that purports to protect jobs and preferred industries.

JCN CEO in the news – Andy Puzder and the American Dream

FreedomFest is described by Fox Business News’ John Stossel as the biggest meeting of folks who care about liberty. In…