We Need Creative Destruction of the Affordable Care Act

Just like the smartphone virtually eliminated the market for cell phones and calculators, medical providers are eliminating the demand for bureaucrats to spend our health dollars for us.
Blog PostDecember 12, 2014

There’s a term economists call “creative destruction.” It describes the free market’s “messy way of delivering progress.” Right now this “messy way” is showing signs of picking away at the Affordable Care Act.

Just like the smartphone pretty much eliminated the market for cell phones and calculators, enterprising doctors and other medical providers are starting to eliminate the demand for insurance companies and government bureaucrats to spend our health dollars for us.

One example is called direct primary care. For a fee, doctors deal directly with patients and bypass costly insurance or government regimes. Considering the traditional health insurance system adds about 40 percent to typical medical bills, charges to treat many common diagnoses are steeply discounted. For instance, treating an ingrown toenail costs $50 under a direct primary care doctor in Kansas. Under the traditional system, he’d have to charge $200.

This health care model is nothing new but is seeing a resurgence thanks, ironically, to a clause in the Act itself. Michigan is one state so far aiming to take advantage of this “free market loophole,” with legislation that would clear the way for direct primary care by ensuring doctor-patient agreements cannot be construed as insurance.

The direct primary care model already has a reported half million people on board and is rapidly picking up steam with doctors, patients and even investors. It is really an offshoot of the higher priced “concierge care,” which is also gaining popularity.

Religious groups are getting into the destruction as well. Four Christian-based groups offer their own health cost-sharing services to some 325,000 Americans – a number they say has grown since the federal health law took effect. Two Catholic groups announced in October a similar initiative that fulfills ACA requirements while staying affordable and adhering to Catholic teaching.

Then there are rogue free-market based endeavors like the Surgery Center of Oklahoma which posts all of its prices online, charges a fraction of the cost of other hospitals and accepts no ACA supported health plans.

These health care alternatives essentially get rid of the necessity of insurance for routine primary care. Better yet, they help set up an ideal framework that reserves coverage for the big stuff like traumas, serious illnesses and major surgeries.

The timing for such market “messes” is ideal. The U.S. Supreme Court will soon scrutinize the ACA’s insurance subsidies. The lawsuit argues that under the Affordable Care Act, the subsidies are allowed only in states with their own health insurance exchanges, and that the IRS broke the law by making the subsidies available to the 36 states – including Michigan – with federally run exchanges.

A victory for the plaintiffs would end subsidies for as many as five million people in 36 states. And under the ACA, employers who do not offer health insurance are punished only if a worker goes out and gets a subsidy. No more subsidies neuters the employer mandate.

Even the individual mandate would suffer under such a Supreme Court decision, as the ACA rule excuses those who cannot afford coverage. So millions more could be uninsured. Meanwhile, Congress is looking at legislative ways to cripple the same components of the law already facing a Supreme (Court) bruising.

The federal health law is turning out to do the opposite of what it claimed it would do, and not even addressed the real problem of health care’s decades-old cost problem. 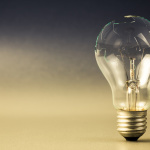 No matter what the health care looks like after Washington is done with it, we need to have as few bumps in the road for common sense ideas like direct primary care. We need to support actions that smooth those bumps now, for a patient-driven, cost-effective health system later.

America Can Be Number One Again With Tax Code Fixes

China has surpassed the United States as the No. 1 economy in the world. For the first time since Ulysses…