Born and raised in Illinois, and having spent more than 15 years serving Illinois and its citizens at multiple levels of government, Congressman Randy Hultgren represents the state’s 14th Congressional District. The district is comprised of seven suburban counties including McHenry, Lake, Kendall, Kane, DuPage, DeKalb and Will.

In Washington, Congressman Hultgren has committed himself to working for fiscal sanity, real healthcare reform, and pro-growth policies that will put Americans back to work. In the current 114th Congress, Randy serves on the Financial Services and Science, Space & Technology Committees.

Randy was elected to the DuPage County Board and County Forest Preserve Board in 1994, to the Illinois House of Representatives in 1999, and to the Illinois Senate in 2007. At every level, he has fought for prosperity and free enterprise and for smaller, smarter government.

Randy served on the Financial Institutions Committees in the Illinois House and Senate and is credentialed in FINRA Series 7, 6 and 63. He later became a Vice President at Performance Trust Investment Advisors in Chicago.

Randy was born March 1, 1966 in Park Ridge, Illinois. He graduated from Bethel College in 1988 and later attended Chicago-Kent College of Law, graduating in 1993. He currently resides in Plano with his wife, Christy, and four children. 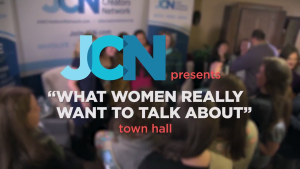 What Women Really Want to Talk About Town Hall