Mr. Rensi was the president and CEO of McDonald’s USA from 1984 until his retirement in 1997. He has also owned a NASCAR motorsports team and sat on the corporate boards of Snap-On Tools, Great Wolf Resorts, Jafra Cosmetics, and Freedom Group.

He grew up in eastern Ohio among the persistent poverty of the region’s steel mills and coal mines. His father had just a third grade education, and encouraged Ed to obtain a college degree as a ticket to a more prosperous future.

Instead, Ed began his career by marrying early and dropping out of The Ohio State University in 1966, saying later that he “wasn’t prepared” for college. He later answered a “Help Wanted” sign at a local McDonald’s and took an 85 cent per hour job. He would end up working 100 hours per week at McDonald’s to raise the $85 per week needed to pay the bills.
That relentless work ethic led to a meteoric rise to the top of the corporate ladder. Mr. Rensi personally served the company’s 50 billionth burger, and by 1984 was president and CEO of McDonald’s USA. The next year, he obtained his bachelor’s degree from Ohio State. (He was later awarded an honorary PhD from Norwich University in Vermont.)

During his 13 years in charge of all domestic operations for McDonald’s, he doubled both the number of stores and the revenue. Chicken McNuggets and the Ronald McDonald House are just two iconic ideas launched under his direction.

Mr. Rensi’s extensive charitable work led President Reagan to honor him with the President’s Volunteer Award. His service to the community has continued since his 1997 retirement from McDonald’s. 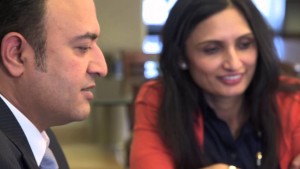