Five years ago today Dodd-Frank came into our lives. It's time to blow out the candles for good on this government overreach.
Blog PostJuly 21, 2015 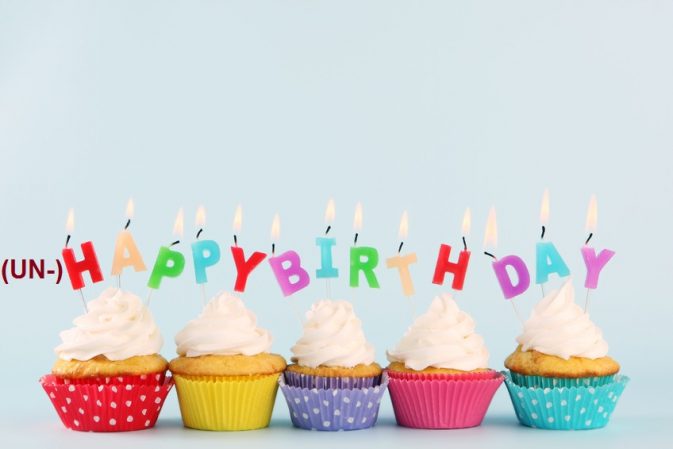 Today is an inauspicious anniversary – that of the signing of the Dodd-Frank law. Five years ago, the President inked what a Wall Street Journal op-ed calls “the most sweeping rewrite of the country’s financial laws since the New Deal.”

A rewrite? Re-wrong may be a better description. Remember, this is the law that was supposed to fix the nation’s money lending business. Instead, Dodd-Frank has failed to end “too-big-to-fail” as promised, failed to stabilize the financial system and failed to lift the economy from the pre-recession abyss allegedly caused by too few financial market regulations.

At the same time, the law racked up more than $21 billion in costs, created frightening new layers of bureaucracy called the “Financial Stability Oversight Council” and the “Consumer Financial Protection Bureau,” added nearly 23,000 pages of new rules the Federal Register and 61 million paperwork burden hours.. And we’re only 60 percent of the way to full implementation.

For small businesses, it’s been a credit crunch – with small business loans hard to come by in the wake of a Dodd-Frank-created over-regulated lending environment.

As for small banks, according to the Cato Institute, say compliance costs are impacting the ways they serve their communities and the people in those communities such as cutting back on small services like overdraft protection and instituting a host of banking fees.

Finally, the Dodd-Frank impact on the day-to-day life of average Americans. It’s not just the fewer choices and less  proximity to banks but the government overreach straight into our checking accounts. Nerdwallet.com offers this bank-by-bank visual: 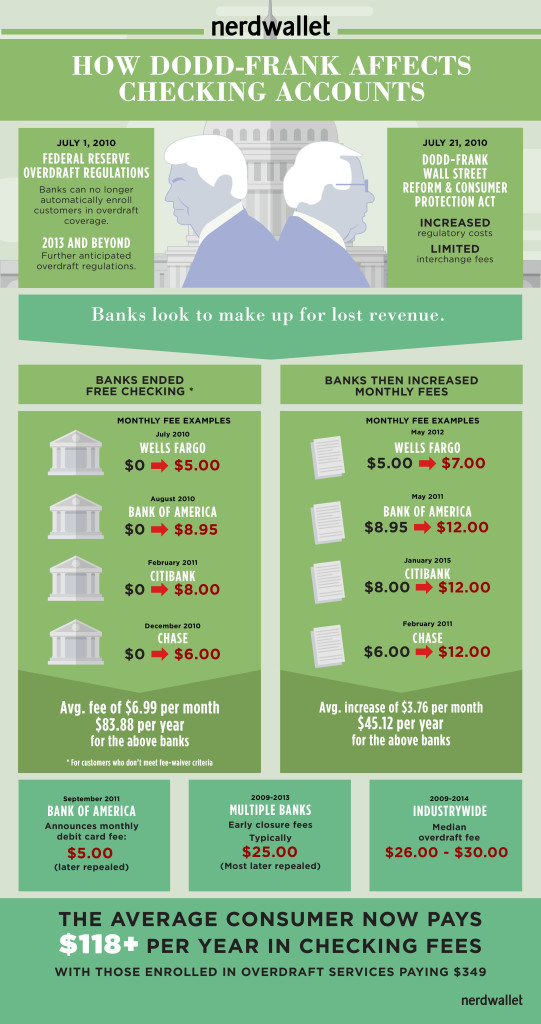 It’s high time to dust off the 2009 Consumer Protection and Regulatory Enhancement Act so that by the time another Dodd-Frank birthday rolls around, the law will be in some stage of repair or better yet, replacement.

Jamie Richardson is the vice president of White Castle System, Inc. and a member of the Job Creators Network. You can read…