The Part-Time Problem of the ACA

The portfolio of large retailers succumbing to the cost pressures of the Affordable Care Act has grown by one.

Walmart announced that as of Jan. 1, it will no longer provide health insurance to 30,000 part-time workers – a figure the New York Times puts at about five percent of the 600,000 part-time workforce. Walmart is now in the same boat as Target, Trader Joe’s and other high profile retailers looking to head off greater costs inherent in the federal health law provision that penalizes large employers who do not offer employee health insurance.

And since the law also slaps a tax penalty on Americans who do not enroll in health care, those part-time workers who want health coverage will have to turn to government subsidies and exchanges.

Some will see such a business decision as callous and self-serving. Certainly there is a business preservation motive to maintain the workforce and continue operations. But this move is more about making the proverbial lemonade out of a batch of very rotten government lemons.

The Affordable Care Act bars anyone offered affordable coverage by Walmart to receive subsidies through the exchanges. Not even if they turn down Walmart’s offer. As explained in Vox.com, cutting off part-time, lower wage workers actually gives these workers a chance to purchase much cheaper insurance on the exchanges than what they’d pay through Walmart:

“Think of the 36-year-old Walmart employee here in Washington, D.C. who works 29 hours per week at the company’s average wage of $12.73 per hour. She earns just about $19,000 annually if she works every week of the year.

If Walmart doesn’t offer her insurance, the Kaiser Family Foundation’s subsidy calculator shows that she qualifies for a $1,751 subsidy from the federal government to help buy coverage on the exchange. With that financial help, she can buy insurance for as little as an $7 per month. As a low-wage worker, she gets some of the most generous financial help.

But if Walmart does offer her coverage, it becomes her only option. She doesn’t qualify for federal help and the $7 plan disappears. Walmart’s plan, meanwhile, is way more expensive. The average premium there works out to $111 per month.”

That this is the best Walmart and its part-time workers can do, however, just illustrates how the federal health law failed to stop runaway healthcare costs in the first place, and is only adding people to a complicated, burdensome system that has been broken for decades.

Part of this breakage is our own expectation of what health insurance should be and who should pay for it.

Government wage freezes during the Second World War drove employers to offer health insurance to compete for workers, without counting as taxable wages. Thus, health insurance has become synonymous with the workplace so it sounds cold-hearted when we hear abou 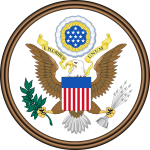 t employers who do not provide it.

And when employers pay for health insurance rather than us, we typically don’t see the real cost of many covered health services. This often means expensive health plans that cover a lot more than just catastrophic events we might otherwise settle for if we were allowed to act like rational shoppers of our own health care. One comparison would be “food insurance” for what you purchase at the grocery store. Every cart would fill up with expensive tenderloins and lobster tails because someone else is “covering” the cost. If the purchasing power were up to us, we might choose ground chuck and fish sticks which would still feed us without breaking our own banks.

Then there is the final landing place for the uninsured part-time workers, government run exchanges and subsidies. Funded by taxpayers.

Walmart and like companies are simply working within a system that the Affordable Care Act worsened, not fixed. Employees are unfortunately forced to do the same.