With 17.5% of America's economic output going to health spending, those looking to reinforce or repeal the federal health law need to consider what the law has failed to do - control health costs.
Blog PostDecember 3, 2015 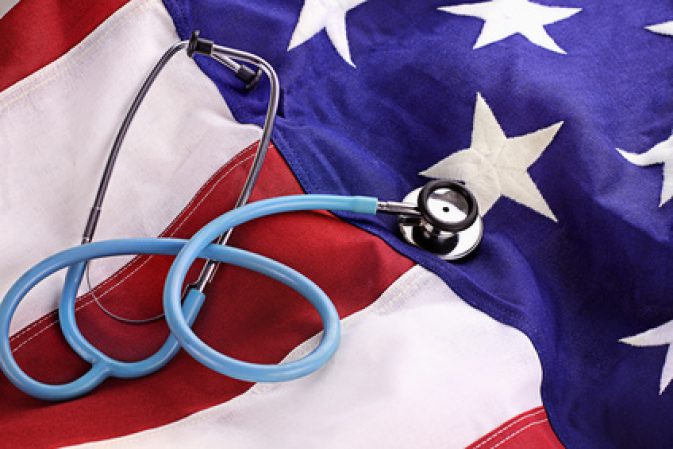 After five years, it appears the honeymoon is finally over for the federal health law. The U.S. Department of Health and Human Services this week issued its annual report of the nation’s health care system, revealing that national health spending rose by 5.3 percent in 2014 to $3 trillion, or $9,523 for every person in the country. This followed a historic low of 2.9 percent growth in 2013

So now we have 17.5 percent of the nation’s economic output dedicated to healthcare, (which is also up from the 2013 level of 17.3 percent)

In a nutshell, health care is sucking up a greater share of the nation’s resources.

The feds attribute this spending spike to expanded coverage under the Affordable Care Act (ACA) and rising prescription drug prices. The law’s supporters are quick to point out the 88.8% of Americans with health insurance is the highest level since 1987. But the uptick in coverage comes at a great public price – federal subsidies to help with private health insurance premiums, and 7.7 million more people enrolling in Medicaid last year. As the New York Times puts it, “(r)ising spending eventually has consequences for taxpayers, employers and individuals.”

And next year doesn’t look to be much better, with projected increases in premiums and deductibles alone expected to hit American families in the pocketbook. And as one economist told the New York Times even if the growth of health care spending slowed down, it’s not sustainable without tax increases.

The report comes at a critical time in Washington, where lawmakers are considering major changes to the health law – eliminating the individual and employer mandates, expanded Medicaid coverage and federal subsidies for exchange-based plans.

But all the tweaks and repeals in the world won’t mean a thing if, at the end of the day, the United States is still spending 17.5 percent of the entire gross domestic product (GDP) on health care.

Other developed nations seem to have this figured out. Singapore, with a life expectancy and per-capita GDP close to ours, spends around $2,500 per person on health care – just four percent of its economy. So how do they do it?

The Game Show Network CEO David Goldhill wrote extensively about the Singapore health system in his book,  “Catastrophic Care, How American Health Care Killed My Father – and How We Can Fix it.” Goldhill concludes that Singapore’s significantly lower health care spending stems from treating patients as paying customers of their health care. Singaporean law requires citizens to contribute to health savings accounts and buy catastrophic insurance plans. And while there is an insurance pool for the severely disabled and subsidies to providers based on their levels, the thrust of Singapore’s system is individual responsibility for a large portion of direct payment. And it is difficult to dispute the results:

“Health care in Singapore is high quality, high-tech, and, by international standards, cheap,” writes Goldhill. “Genuinely cheap, not just misleadingly cheap at the point of service.”

Anyone looking to either reinforce or repeal the ACA needs to consider what the law, despite its best intentions, has failed to do – control health care costs. Until the American health care system is patient-driven, that is people controlling how and where their health dollars are spent, we will continue seeing too much health spending, and no healthy economy to show for it.

The latest big-company merger is definitely a doozy – A $150 billion deal for the joining of Pfizer, Inc. and…