The ACA’s Summer of Discontent

From the U.S. Supreme Court, to higher premiums to the "HIT" tax, this summer should be the time our policymakers buckle down and tackle real healthcare reform - making health care truly affordable.
Blog PostMay 22, 2015

Memorial Day is a special day of the year when we remember those who died for our country and our freedom. It is also the unofficial start to summer – a summer that looks to be a bumpy one for the federal health law. Since its enactment five years ago, the Affordable Care Act has added 17 million people to a system that has been broken for decades, and failed to address health care’s real problem: out of control costs.

The next few months should present opportunities for policymakers to start undoing the law’s damage to the nation’s employers, employees, businesses and families.

First, the United States Supreme Court is on the verge of deciding King v. Burwell. This case challenges the federal insurance subsidies established by the Affordable Care Act. The law says states that set up their own exchanges will get federal subsidies. The problem is that states which did not set up their own exchanges are being given federal subsidies anyway – potentially illegally.

A high court decision for the plaintiffs could not only eliminate the subsidies in those states, but exempt that states’ employers from the employer mandate, and exempt many residents of those states from the individual mandate.

Then there are impending rate hikes. The Wall Street Journal reports that big insurers in some states are proposing  hefty rate boosts for plans sold under the federal health law,” blaming the high medical costs of new ACA enrollees:

“In New Mexico, market leader Health Care Service Corp. is asking for an average jump of 51.6% in premiums for 2016. The biggest insurer in Tennessee, BlueCross BlueShield of Tennessee, has requested an average 36.3% increase. In Maryland, market leader CareFirst BlueCross BlueShield wants to raise rates 30.4% across its products. Moda Health, the largest insurer on the Oregon health exchange, seeks an average boost of around 25%.” 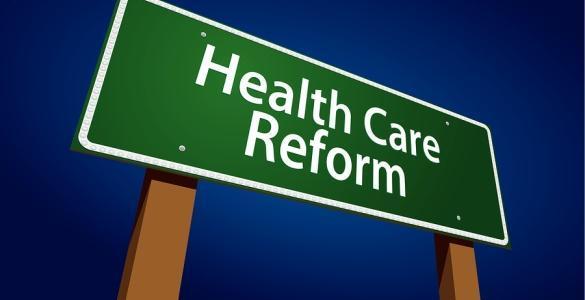 We will know by this fall just how high these rates will climb.

The third biggest ACA “hit” this summer is not seen directly, but is felt by millions of Americans directly in the pocketbook.

The “Health Insurance Tax”, or “HIT,” is a sales tax on health insurance policies sold to individuals, working families, small businesses and seniors. This tax is the third largest imposed by the ACA, intended to raise major money for the ACA. In 2014, its first year, the HIT collected around $8 billion, with a 41 percent increase due this year. Overall, industry experts predict the HIT will rake in $145 billion in the first ten years and $208 billion in the decade to follow.

Like a lot of taxes on business, the cost is passed to both employers and employees as higher health insurance premiums. The Congressional Budget Office predicts the average family premium will go up $475 per year, or nearly $5,000 per family over a decade. An insurance industry study puts the HIT cost at more than $2,800 per person and $6,800 per family over a decade.

The National Federation of Independent Business Research Foundation also found the HIT will lead to as many as a quarter million lost jobs, 59 percent of them suffered by small businesses.

A glimmer of hope lies in Washington, however. Bills to repeal the HIT have been introduced in both the U.S. House and Senate.

The summer of the ACA’s discontent should be the time our policymakers buckle down and tackle real healthcare reform – making health care truly affordable. To accomplish this, we need to remove power from insurance and government bureaucracies and put patients in charge of their healthcare dollars.

Texas lawmakers have just performed a great service to their citizens, job creators and the nation’s energy supply. Prompted by…