A survey finds one-third of mid-sized businesses were fined or penalized for non-compliance to government rules in 2013.
Blog PostOctober 14, 2014

With nearly 80,000 pages of government regulations in 2013 alone, it is no wonder businesses across the country have trouble keeping up.

In fact, according to a survey by the ADP Research Institute, more than one-third of mid-sized businesses (with 50-999 employees) have been fined or penalized for non-compliance to government rules.

The survey found that 58 percent of those fined did not know how much the fines would cost and 47 percent didn’t know how often they were fined, even though more than eight in ten employers were confident they were complying with business regulations.

Considering it costs Americans $1.863 trillion and nearly 158 million man-hours of paperwork to comply with rules, and those rules reportedly had 19,000 proposed changes last year, errors are bound to occur. 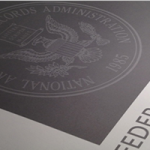 Small businesses are hit even harder due to simple economies of scale and perhaps an inability to afford hire accountants or lawyers to ensure compliance. The Competitive Enterprise Institute (CEI) compiles a yearly snapshot of federal regulations in our country. The most recent edition, Ten Thousand Commandments 2014, found that small businesses pay an average of $10,585 per employee in regulatory costs. That’s compared to $7,755 for companies with 500 or more employees.

These regulations are felt in employees’ homes, too. The CEI estimates that regulatory costs are $14,974 per household which is 23 percent of the average household income of $65,596:

“This exceeds every item in the household budget except housing – more than health care, food, transportation, entertainment, apparel, services, and savings.”

New rules stemming from the Affordable Care Act as well as in the financial services industry are only making things worse for businesses and employees.

The American Action Forum calculated that in its fourth year, the federal health law has not only imposed more than $27.2 billion in private sector costs and $8 billion in unfunded state burdens, but has generated 2.5 times fewer benefits than its costs; $2.6 billion in benefits per year as compared to $6.8 billion in costs.

The Dodd-Frank law that was supposed to fix the nation’s money lending business has added 5,000 pages of new rules – so far – and $21.8 billion in costs. And this law is only halfway implemented.

All of this adds up to burdens on businesses, employees and overall economic freedom.

It is understandably difficult to undo regulations that are imposed by unelected, unaccountable government bureaucrats. But it is possible to encourage our policymakers to find and get rid of onerous government regulations without compromising the health and safety of Americans.

One mechanism already in place that allows Congress to review and repeal unnecessary or redundant regulations is the Congressional Review Act, otherwise known as the Small Business Regulatory Enforcement Fairness Act of 1996 (SBREFA).

Others, such as the legislatively pending Regulatory Improvement Act of 2014 and “sunset” legislation should be encouraged.

Our country rose to prosperity and greatness because the barriers for businesses to grow and thrive were few. Peeling back government regulations is one way to restore economic freedom for succeeding generations.

The Part-Time Problem of the ACA

The portfolio of large retailers succumbing to the cost pressures of the Affordable Care Act has grown by one. Walmart…