The producer price index climbed 0.8% last month, the government said today. The increase in wholesale prices in the past 12 months rose to 9.6% from 8.8%, marking the biggest advance since 2009.

“The PPI report is just the latest evidence that inflation is out of control, thanks to the Democrats’ record spending spree and ‘War on Small Business.’ In the early days of the Biden Administration, JCN predicted that inflation would surge in 2021, bringing back memories of Jimmy Carter.  That’s exactly what happened.  When Biden’s defenders could no longer ignore inflation, they claimed it was temporary. JCN said it wasn’t temporary, that inflation would continue to rise.  That’s happening too. And that’s why we’re staunch opponents of the Build Back Better Act.  The BBA Act will send inflation into the stratosphere, in addition to killing jobs through higher taxes. Senator Machin is absolutely correct when he worries about the inflationary impact of BBB.  The Democrats need to heed Manchin’s advice, not the other way around.”

In July, JCN ran a full-page advertisement in the Wall Street Journal comparing the current economy under President Biden to that under former President Jimmy Carter. The ad featured an original political cartoon, commissioned by JCN, of Biden smiling into a mirror and seeing Jimmy Carter. The cartoon is below. 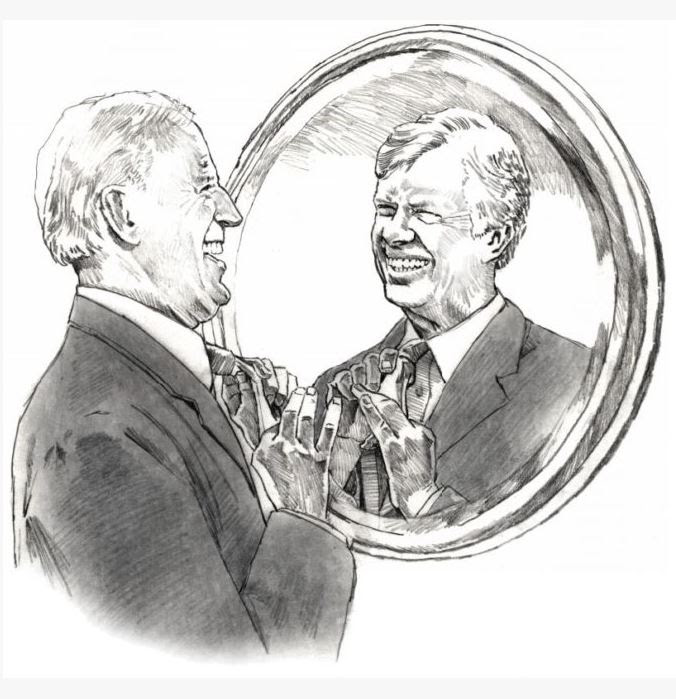