The first billboard reads, “Hey AOC, the Green New Deal Stinks.” The second billboard is just below the first and mocks Ocasio-Cortez’s claim that “farting cows” are a major problem contributing to global warming as mentioned in part of her “Green New Deal.”  It also points out that the proposal is estimated to cost anywhere from $51 to $93 trillion dollars. Viewers are directed to the website TheGreenRawDeal.com to learn more information.

“If this Green Raw Deal is enacted, you can kiss the American dream goodbye. It will require a nauseating amount of money to meet the promises and the massive welfare increases called for by this so-called deal,” said Alfredo Ortiz, JCN President and CEO. “Small business owners are successful in America due to our country’s commitment to free-market policies. The socialist policies in Ocasio-Cortez’s plan have no place in America.”

These billboards are the follow up to a series of billboards that criticized AOC’s role in pushing Amazon, and their 25,000 jobs, out of New York.

View the new billboards below: 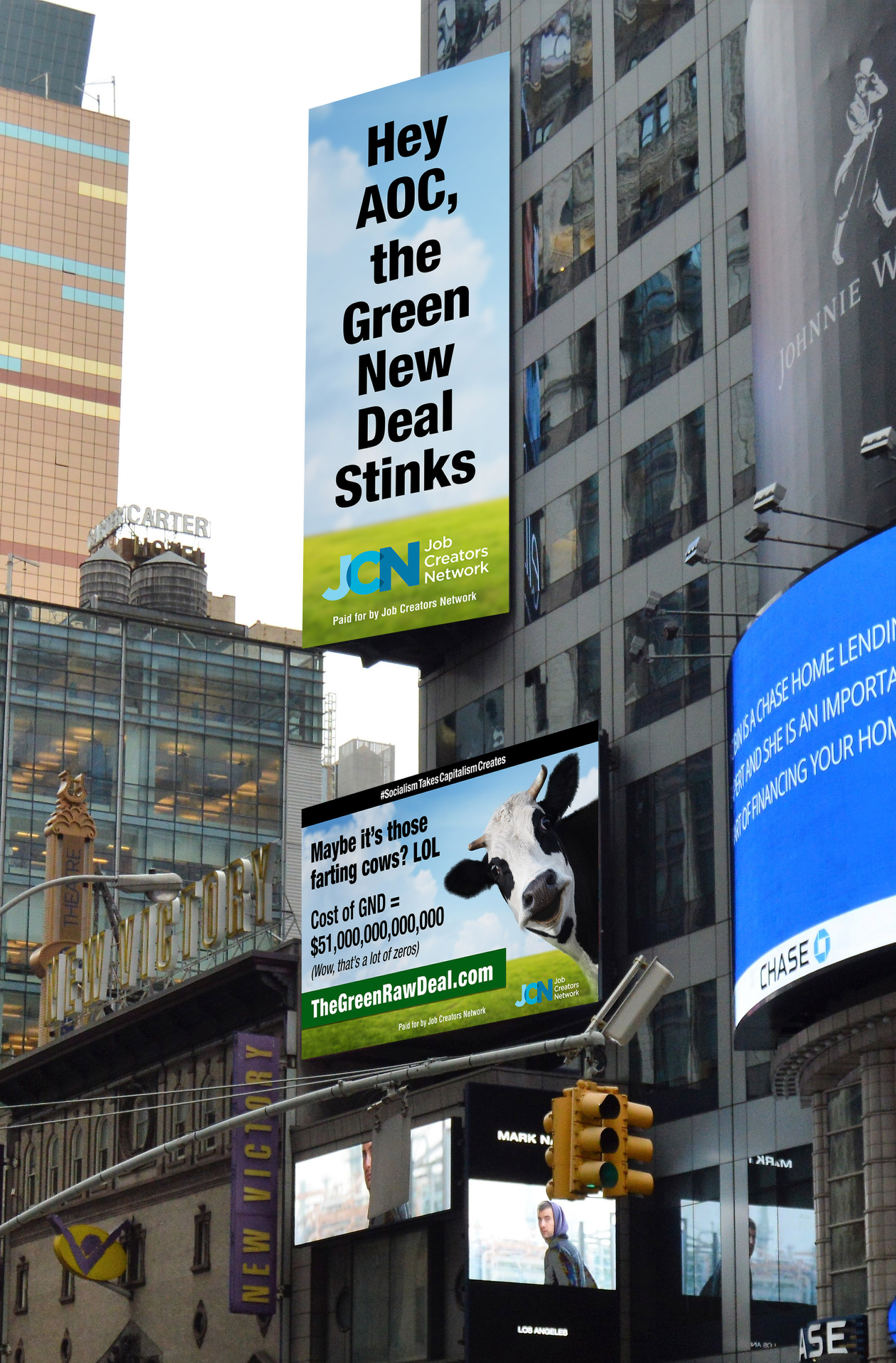