Washington, DC (June 27, 2019) – Tonight, Job Creators Network will be putting up a billboard in Des Moines, IA attacking Sen. Elizabeth Warren for her position on Medicare for All. During Wednesday’s Democratic debate, Warren raised her hand when asked the question, “Who here would abolish their private health insurance in favor of a government-run plan? Just a show of hands.”

“It’s appalling that Elizabeth Warren gleefully raised her hand and proudly endorsed killing private health insurance for 200 million Americans. The Democrats have come a long way when it comes to healthcare. President Obama famously promised ‘If you like your healthcare plan, you can keep it.’ But Warren and many other Democrats are promising a complete government takeover of America’s healthcare industry.  We’re not letting Warren off the hook.  With the Iowa caucuses just months away, we want everyone in that state to know that ‘Medicare of All’ is a scam for all.”

A mock up of the billboard is below. 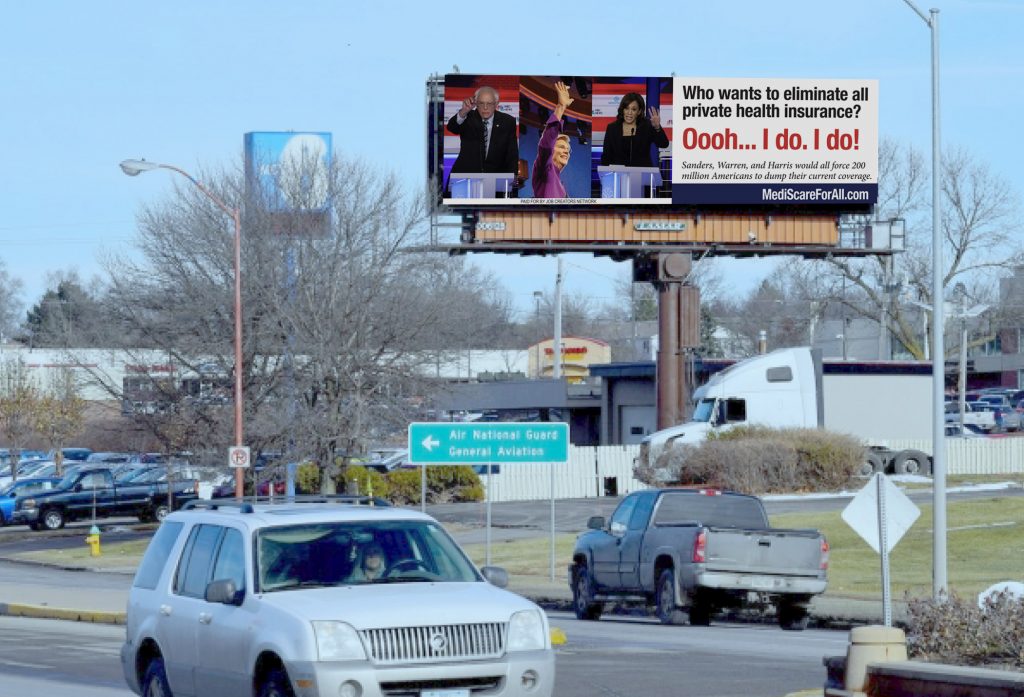 Washington, DC (June 27, 2019) – During Wednesday night’s debate, Sen. Elizabeth Warren claimed, “when you have an economy that does…