“The Green New Deal would be a catastrophe for America’s economy,” says JCN President and CEO Alfredo Ortiz. “We are experiencing the best economy in decades thanks to President Trump’s pro-growth policies, including tax cuts and deregulation.  Enacting the $93 trillion Green New Deal would throw us into recession and kill millions of jobs.  But it’s even worse than that.  It would turn America from a free country to a socialist country, one where people answer to the government, not the other way around.”

A photo of the mobile billboard is below. 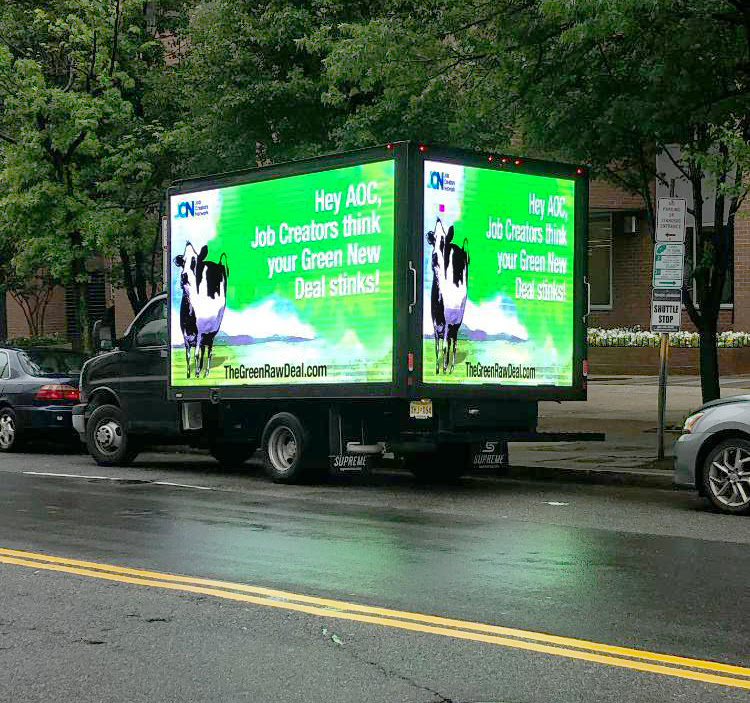 Billboard Campaign: Governor Cooper Gets an “F” on Helping Students