Bedford, TX (September 8, 2021) – Today, the Job Creators Network (JCN) presented Congresswoman Beth Van Duyne with its a “Defender of Small Business” award at the first stop in their national Bring Small Businesses Back (BSBB) Bus Tour. The bus tour is part of JCN’s seven-figure BSBB campaign and is a direct response to the anti-small business proposals and policies of the current administration. Covering at least eight states over four weeks, it consists of events with select Members of Congress and local small business leaders. The JCN bus tour is leaving Texas and heading to Jefferson City, Missouri for an event on Friday, September 10. In future weeks, they will be in Minnesota, Wisconsin, Indiana, Florida (three stops), and Georgia. 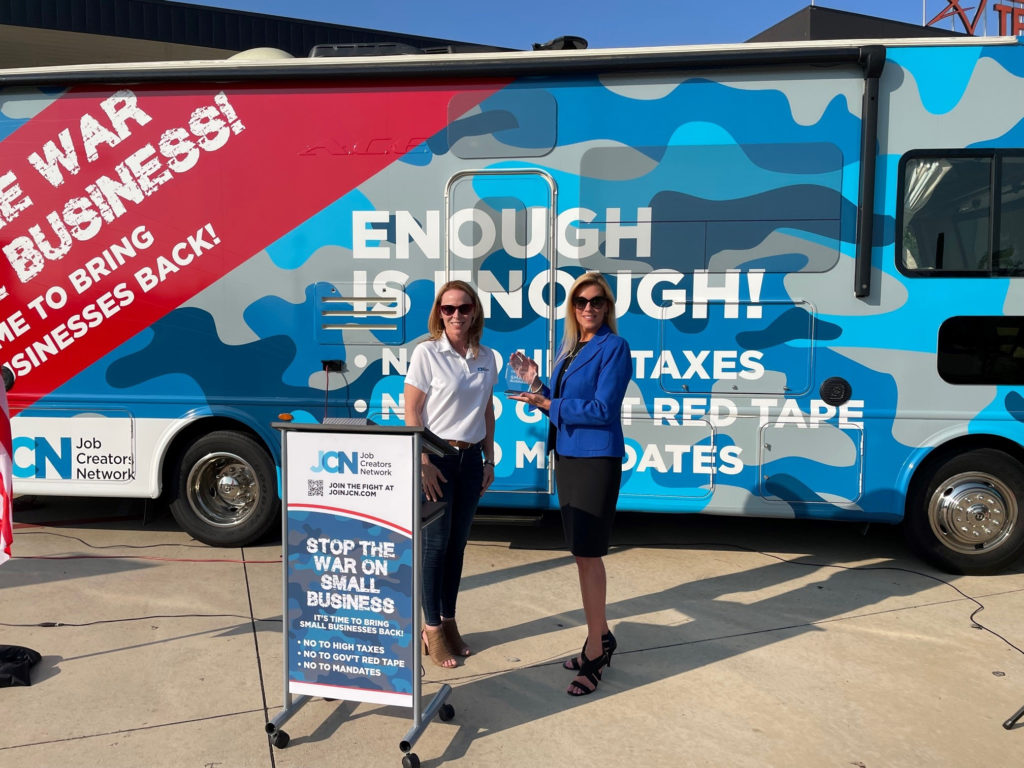 To see photos of the bus and the full bus tour schedule, click here.

“As a businesswoman and a member of the House Small Business Committee, Representative Van Duyne is a staunch supporter of entrepreneurialism and is a strong advocate in Washington for the small business community in Texas. Now more than ever, we need leaders in Washington who understand the importance of pro-growth policies and who aren’t afraid to fight against policies that stifle job growth and opportunity. On behalf of America’s 90-million-strong small business community, Job Creators Network is proud to award Representative Van Duyne with the Defender of Small Business Award.”

JCN is hitting the road to accomplish a number of goals: