The mobile billboards read: “OH ROB, HOW SWEET, SWEET THE IRONY,” showing a picture of a confused-looking Rob Manfred (MLB Commissioner). The billboard continues, “Just as sweet as our iced tea. Betcha wish you hadn’t moved the All-Star game, huh?” See a picture of the billboard below.

The radio ads, in part, read: “You all remember how MLB Commissioner Rob Manfred yanked the All-Star game from Atlanta to protest the new voting law. And here’s the kicker…despite alternative facts pushed by the Main Stream media and militant progressives, the law actually makes it easy to vote and hard to cheat. Regardless, MLB and big Georgia companies like Coca-Cola and Delta Airlines caved to the woke mob. But now they’ve flip-flopped and are thrilled the World Series is here. The Job Creators Network, the country’s premier conservative small business advocacy organization, is calling on Coke and Delta executives to donate any tickets they have for the World Series to Atlanta’s small business community. Those businesses are the ones who suffered when the woke crowd moved the All-Star game.”

“When MLB caved to the woke pressure of the left and moved the All-Star game out of Atlanta, it hurt small businesses. JCN stood up to MLB when they decided to punish Atlanta small businesses. Now that MLB has no problem with games being played in Atlanta, their hypocrisy is on the table for all to see. As a fan, I’m proud of the Atlanta Braves for forcing MLB back to Atlanta by playing their hearts out and winning. And I hope that Commissioner Manfred is forced to hand the braves the trophy in front of the people he hurt. I also hope he offers an apology to Atlanta’s small businesses at the same time.” 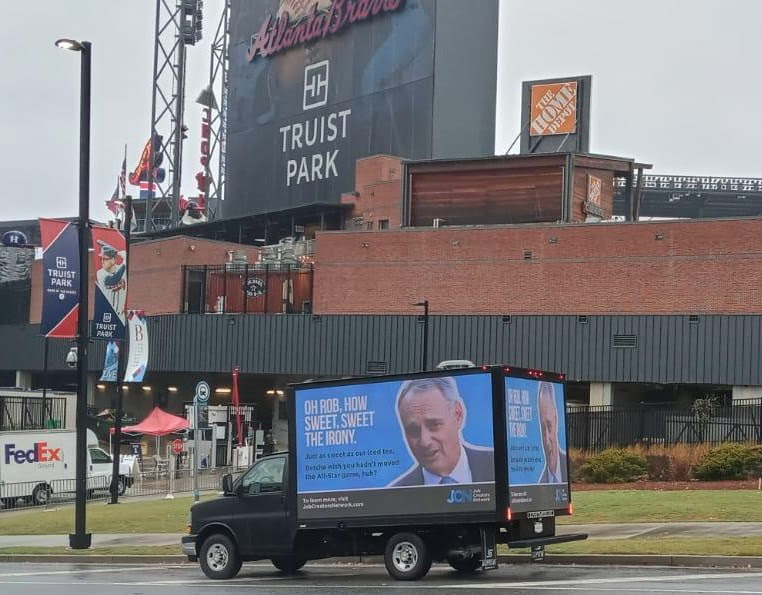