Washington, DC (October 2, 2018) – The Job Creators Network, a nationwide advocacy group for small businesses, today will recognize Heritage Foundation Fellow Stephen Moore his role in shaping, and promoting, the Tax Cuts and Jobs Act, the biggest tax cut in history and the catalyst behind the booming US economy.

“One of the greatest legislative achievements of the decade was the passage of the Tax Cuts and Jobs Act,” said JCN President and CEO Alfredo Ortiz. “Steve Moore was not only a major mover and shaker that made passage possible, but he was a strong partner alongside the Job Creators Network in ensuring that small businesses were among the beneficiaries of the legislation.”

Moore will be honored at The Hispanic Heritage Month Power Gala and Awards Ceremony in Washington, DC, co-sponsored by The Latino Coalition, a nationwide advocacy group for Hispanic-owned businesses, and the Job Creators Network. Ortiz noted that Moore, an economic advisor to President Trump, was one of the primary advocates for ensuring that the tax cuts included major benefits for small businesses.

“He may be modest about the role he plays, but let’s be clear, it’s a big one,” said Ortiz. “In a city where people rarely do things for the right reasons, it’s refreshing to see someone who does. His dedication to the cause of individual liberty and an economy free of government chains is pure and he expects nothing in return.”

Moore is a Distinguished Visiting Fellow for the Project for Economic Growth at the Heritage Foundation. He is a regular television commentator on the economy, a prolific columnist, and he’s been cited or quoted by thousands of news outlets over the years for his work. 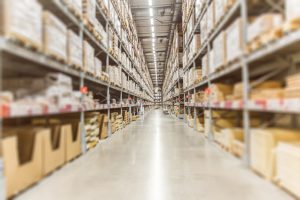 Job Creators to Amazon: Stay in Your Lane on Minimum Wage

Washington, DC (October 2, 2018) – A trillion-dollar company telling small businesses how much to pay workers is like…