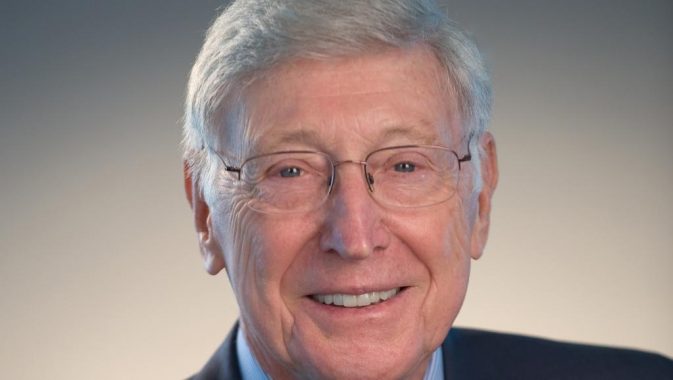 Bernie Marcus is the co-founder of Home Depot and a prolific philanthropist. Now at age 90, he’s still active in public policy and economic development. He spoke with Philanthropy about what the coronavirus pandemic will mean for the economy and how he is advocating for charitable groups and especially small businesses as federal officials scramble for emergency responses.

Philanthropy: You advised government leaders on the emergency legislation in response to our virus emergency. You encouraged policymakers to include charitable groups among the sectors supported by the legislation. And you advocated strongly for small businesses.

Marcus: I believe charitable groups are one of the most important ways we fix problems in this country. So it was essential to include them in the response to the coronavirus.

And protecting small business was a place I really wanted to help. I’m retired from Home Depot, where we created one of the all-time Cinderella stories in American business. Opening up a chain of very large stores in the economically bad year of 1979, and eventually reaching the heights we have today—almost 500,000 employees, great financials, and millions of happy customers. We had many struggles, but since then successive administrations, both Republican and Democrat, have dumped layers of regulations, laws, and taxes onto small businesses that make it much more difficult for people to succeed in the way we did.

I love this country. And I love what happened to all the workers and partners and customers of Home Depot. I want to see that same success for other small businesses. Lots of businesses out there could be the future Home Depots, if we give them a chance.

So around eight years ago I started the Job Creators Network. I looked around and saw that businesses have to cope with city, state, and federal regulations and taxes that make it extremely hard to grow. In our first years, more businesses were closing than opening—the first time that happened in the history of this country. And so I got a team together, and we took surveys of small businesses to find out what they needed, where we could help.

Deregulation was one of the first things they needed. And when the Trump administration came in, it was very open to deregulation, so we were able to be active on that front. Our Job Creators Network was very active in pushing through the 2017 tax cut. That was enormously helpful to small businesses, and for the whole country. Great economic growth, rising consumer confidence, businesses able to grow. We had the lowest unemployment in the history of this country, especially among minorities. Then the virus hit.

Philanthropy: What was your next move?

Marcus: Obviously the virus pulled the rug out from under all of us. And small businesses are getting killed. I speak sometimes with President Trump, and the Job Creators Network is in touch with many Senators, members of the House, governors. When the Trump administration had to suddenly create a virus response, the Job Creators Network played a major role in advising on what we now know as the CARES Act. We looked at draft legislation and were involved with Steve Mnuchin and Mitch McConnell and Senators Rubio and Collins to create the paycheck protection provisions aimed at helping small businesses survive. Running that effort through local banks rather than the Small Business Administration bureaucracy was a major suggestion that came out of the Job Creators Network.

I think the CARES Act will help many small businesses survive this crisis. Unfortunately, the bill was held up by the lousy politics we have in Washington, and by my own calculation around 15 percent of small businesses will never open again. Cash flow is king, and without sales many small firms have no staying power.

We’re very concerned about the U.S. economy in general. I’m not sure how quickly people will go back on public transportation and into elevators and do all the things that have to happen for the economy to turn up. We’re going to be in deep trouble for a while.

I think the government had to offer the CARES Act, because the government is the one that shut the businesses down. But the government cannot keep writing checks. The debt is going to be enormous. Private enterprise—landlords, mortgage companies, bankers, employers of all sorts—need to find ways out of this mess.

Philanthropy: What should happen next?

Marcus: One thing government could do next is defer the Social Security and Medicare taxes that weigh on both employees and employers in every pay period. That would give cashflow to businesses and workers. But any intervention has to be built on smart economics, because if we’re not careful we’ll soften today’s blow by creating a debt that people will be paying for the rest of their lives, while taxes go through the roof again.

At some point the entrepreneurial spirit of America has to take hold. Small businesses have to adjust. I’ve talked to a lot of small businesses that are prepared to open. They’re making the right moves, they understand that this is not going from darkness to brightness in one day. This will be an evolution, dependent on geography.

In the longer term, one thing that’s needed is to encourage companies in the United States to produce what we’ve been buying from China. That has been a disaster for us. We allowed it to happen because it was the easy way, the lazy way.

Philanthropy: How is the Marcus Foundation contributing on the health front?

Marcus: We’re supporting clinical trials for new ways to treat the virus. One with Jefferson University in Philadelphia is testing intravenous doses of Vitamin C. Many doctors and hospitals are already using this treatment, but it’s not protocol. It’s the cheapest thing out there, so if it works that’ll be wonderful. We’re also funding tests at Emory University to determine whether or not people retain coronavirus in their blood.

We’re working with hospitals to make sure they have enough beds. We just did a major grant with Grady Hospital in Atlanta so it can open a floor for patient overflow if that’s needed. We’ll continue to fund these kinds of health assistance, in addition to our concern about the economy.

Philanthropy: How are you supporting your grantees through the pandemic?

Marcus: We are reaching out to them, and the first thing everybody says is: “We need more money.” We’re not stopping any of our grants, but we’re saying, “Guys, you have to look at your operations and figure out a way to get through this. Life has changed for everybody and it has to change for you. It’s a good time to assess whether you’ve become too bureaucratic, whether you’re still efficient, whether you’re as effective as you could be. And if you’re not, this is a good time to make those changes.”

We’re prioritizing. There are some groups that won’t survive, because they were so thinly supported before. I don’t know any charities that aren’t worth saving. I don’t know any charities that are doing bad stuff. The ones I know are all doing something good. It’s a question of how many you can keep under your umbrella. You want to pick the ones with the greatest potential. It’s not easy—it’s a tough world out there.

Philanthropy: Any silver linings you see in this crisis?

Marcus: Only two good things: The FDA is opening up to new treatments, new equipment, and changing the way they approve drugs. Streamlining those processes has been desperately needed for the last 20 years, but they’ve resisted. This forced them to do it.

There are lots of places where deregulation is still needed. Take telemedicine. I’ve supported telemedicine at Jefferson University for a number of years. It’s crazy that Medicare will not pay them for telemedicine. This saves people time and effort and energy. Instead of having patients come to an office and spend hours, they can see a doctor on the phone. That’s the kind of efficiency we need to grab hold of.

The second potential good result of this virus disaster is reviving manufacturing here in the U.S. For the things we really depend on, especially in an emergency, we need domestic makers. My foundation is going to work behind the scenes to help that happen.

Philanthropy: You’re in your 90s now, but you seem to put a tremendous amount of energy into your philanthropy.

Marcus: People sometimes say to me, “You’re a wealthy guy, what the hell are you interested in all these problems for?” Well, I haven’t forgot my roots. The people we’re advocating for through the Job Creators Network are small business owners. A big part of the customer base at Home Depot is contractors and guys running small construction firms. Their hard work is what makes Home Depot succeed. So I have to give back to society through my foundation.

This is my whole job now. I’m going to give away 90 percent of all of my wealth. I hope to give it all while I’m still alive, if that’s possible. All I gotta do is live longer. 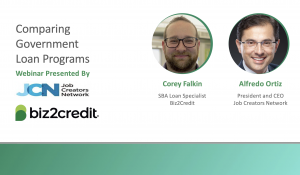