The President’s new proposed rule regarding overtime pay is making its way through Congressional chambers, where hearings aim to help our legislators understand just how the rule would impact job creators and jobs.

On his blog, CKE  Restaurants CEO and JCN member Andy Puzder recaps for us the testimony of newly-promoted CKE COO, Eric Williams:

“Last week, Eric Williams who was recently-promoted to CKE Chief Operating Officer and is also one of our company’s newest franchise owners, testified before the House Education and the Workforce Subcommittee on Workforce Protections regarding the administration’s proposal to raise the salary threshold under which salaried employees would qualify for overtime pay from $23,660 a year to $50,440. Eric, who started his career at Hardee’s as a crew member in 1983 advancing through the ranks with various management positions at both company and franchise operations, criticized the proposal because it won’t help employees rise thru the ranks and will most likely result in reduced hours, reduced salaries or reduced bonuses.” 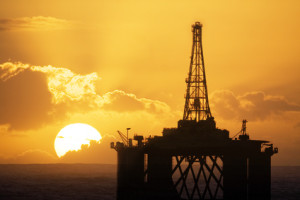 Women and minorities are making historic strides in the energy industry in our country. An IHS study reports of…