Array
Op-EdAppeared in Array on April 13, 2017By Bernie Marcus

The business community is brimming with optimism across America – the highest level in ten years. I know it, because I hear it from my colleagues every day. We’re hopeful, and for good reason: President Donald Trump is moving his job creation agenda forward resolutely.

First, it was Carrier jobs, then ExxonMobil, and now it’s Ford Motor Company and more are on the way. Importantly, these big enterprises will also create thousands more jobs with their extended families of suppliers, all small and medium-sized businesses. 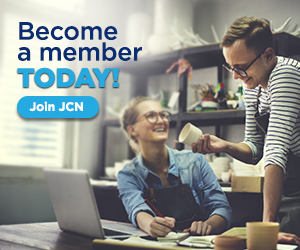 America’s chief executives aren’t happy with Washington’s flat tire on the road to healthcare reform, but we’re confused by the pessimism coming from Capitol Hill and the media elite. While the President’s critics wring their hands, we see remarkable success getting the short shrift.

Maybe because so few politicians have ever signed the front of a paycheck, they don’t see what CEO’s see.

We look past the remarkable 12 percent growth in the stock market, a rising tide lifting pensioners and middle class Americans alike, and see the Consumer Confidence Index, which just hit its highest mark since December of 2000. “Consumers’ assessment of current business and labor market conditions improved considerably,” Lynn Franco, director of economic indicators at The Conference Board, said in a statement on Tuesday.

That’s all 100 percent Donald Trump. But there’s far more, if you get past the screaming negative headlines and listen.

Listen carefully, and you’ll hear the locomotive of American business gaining steam, stoked by the President every week since his inauguration. He’s clear-cutting the path to robust economic growth, and even Congress is doing its part.

For the eight years of Barack Obama’s aggressive regulatory regime, the 103 million words in the Code of Federal Regulations came down hardest on small business. That’s changing fast.

Now, if Trump’s administration creates one regulation, they must kill two. Congress is fast tracking bills to the President to reverse regulations, using rarely deployed legislative tactics. Trump has already signed seven of these bills – half of all the laws he’s signed so far – and he’s promised many more.

Experts say returning to the regulatory climate of the late ’90s can bring 6,000 more new businesses and 100,000 more new jobs every single year. Our first CEO-President has promised to “remove every job-killing regulation we can find.” Add that pace to the 298,000 jobs created his first month and it’s not hard to see how President Trump could sustain 200,000-plus monthly job creation and, soon, economic growth beating three percent month-after-month – the first time since George W. Bush.

But the President has accomplished even more: he nominated Justice Neil Gorsuch, a bedrock conservative replacement for legendary Supreme Court Justice Antonin Scalia. He’s frozen bureaucratic growth, rejected the unfair Trans-Pacific Partnership, made real moves to end Dodd-Frank’s job-killing spree, turned on the Dakota Access and Keystone XL pipelines, and just signed an executive order ending the war on coal and putting thousands of Americans back to work.

By this time in his first term, Barack Obama had passed his first emergency Stimulus, but, little else emerged until a year later in 2010. George W. Bush didn’t achieve his first tax cuts until six months into his presidency, and even his popular No Child Left Behind program took a year. Trump has been in office less than 75 days.

Bill Clinton didn’t fare well in his early months, either: his first economic reforms didn’t come until August 1993; his Brady Bill didn’t succeed until November. And Clinton’s own healthcare reform campaign died a slow, miserable death 18 months into his presidency.

Of course, there’s some disappointment in the recent health care effort. Business leaders are eager for an end to the stifling mandates of Obamacare. America knows it will implode without reform, everyone is bracing for more cost spikes in 2018, and millions of part time workers know Obamacare kills their full time opportunities. This can’t continue.

Economic growth must be our nation’s top priority, and we cannot get there with the broken health care system we have today. Clearly, both parties must listen to the American people, put partisan politics aside, and work together to give all of us the health care we deserve.

But as this train steams toward the milestone of its first 100 days, American consumers and businesses, large and small, are encouraged by the direction we’re going, pleased by the results we’re seeing, and we have real hope for the future.

Mr. Marcus is the chairman of The Marcus Foundation, co-founder of Job Creators Network, and retired co-founder of The Home Depot.

The U.S. must reduce the tax burden on small businesses, including hotel franchises.

The U.S. must reduce the tax burden on small businesses, including hotel franchises. By Alfredo Ortiz President Trump is vigorously…