Op-EdAppeared in The Hill on July 23, 2018By Bernie Marcus 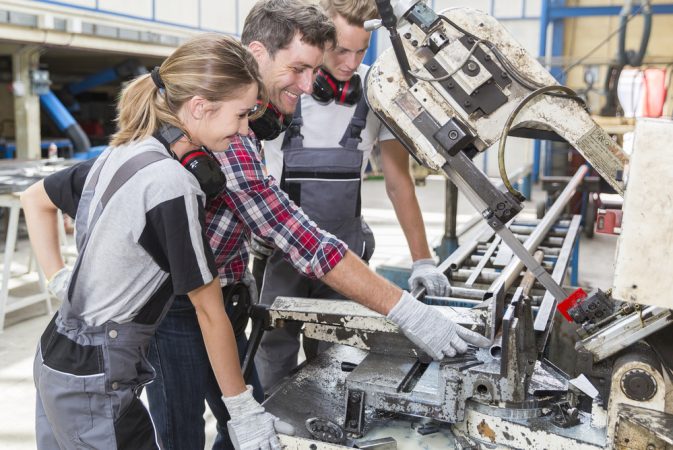 Who would have thought a few years ago that the biggest problem facing the labor market today would be a lack of workers — not a lack of jobs? As recently as 2012, the unemployment rate was above 8 percent, more than twice its current rate.

Since President Trump‘s election, nearly 4 million new net jobs have been created. The unemployment rate has tied lows unseen since the Vietnam War, when men were being drafted to fight. Black and Latino unemployment rates are at record lows. And for the first time in recorded history, there are more jobs available than unemployed people to fill them.

This historically strong labor market is largely the result of President Trump’s policies, including tax cuts, deregulation and increased access to credit. These have empowered businesses to direct their resources into creating products, expanding and hiring. The data demonstrates that Trump has kept his promise to be the jobs president.

While too many unfilled jobs may seem like the ultimate “First World” problem, it is a problem nonetheless. Nearly half of American employers say they struggle to find employees with adequate skills. That figure jumps to about three-quarters for employers in the skilled trades. According to several surveys, finding qualified workers is the biggest hurdle facing businesses today.

To address it, President Trump signed an executive order today creating The Council for the American Worker. This interagency initiative will advance workforce training through apprenticeships, public and private training and retraining efforts and education reform to prioritize hard skills.

The council will be responsible for making sure American workers have the skills needed to succeed for the jobs of today and tomorrow.

It will be advised by a board made up of private, public and nonprofit experts from outside the administration. The president’s selection of Ivanka Trump, Secretary of Labor Alex Acosta and Secretary of Commerce Wilbur Ross to lead this effort demonstrates his full commitment to workforce development; these are three people who have demonstrated throughout their respective careers that they get results.

The centerpiece of this initiative is a pledge singed by businesses promising to train their workforces for the 21st-century economy. This means arming their employees with the skills to succeed for the long term, independent of their particular employers. Such marketable skills are the ultimate safety net.

Employers should be happy to sign on. I can speak from experience as the former CEO of The Home Depot: Nothing gave me greater pleasure than watching my employees advance their careers by learning on-the-job skills. This not only helps employees but also employers, who reap the rewards of a more effective workforce.

Perhaps the biggest workforce development gains are to be made in the education system, which has not modernized with the economy. Too many young Americans are being pushed into bachelor of arts programs of limited value and excessive costs.

Meanwhile, the Labor Department predicts more than 1 million new jobs will be created in the fields of construction, maintenance and installation by 2026. More colleges need to offer and more students need to attend one- or two-year vocational training programs to land these jobs. Shop classes need to return to middle and high schools across the country.

The executive order will develop industry-recognized and portable credentials that can run parallel to those offered by vocational schools. It will also launch a public-relations campaign highlighting the value and career promise of work in the skilled trades.

This executive order to advance workforce development is the logical next step for a jobs president who has succeeded in achieving full employment. Now that essentially everyone who wants a job can get a job, it’s time to help employees get better and more secure careers that reflect the modernizing economy.

Job Creators Network, the business advocacy organization I co-founded in retirement to reduce the barriers to job creation in America, will expand its mission to include workforce development.

JCN is ready to assist the Council for the American Worker by promoting the effort across our network of business owners and partner organizations.

Bernie Marcus is the chairman of the Marcus Foundation, the co-founder of Job Creators Network and the retired co-founder of The Home Depot. 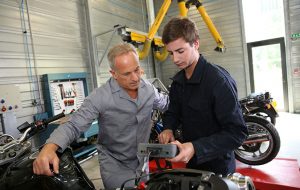 The Bureau of Economic Analysis will soon release the economic growth rate for the second quarter of 2018. It may…