Trump policies are going to work for small businesses

When President Calvin Coolidge said that “the chief business of the American people is business,” he was getting at the important truth that we are an especially entrepreneurial country. And it’s not just business that makes our country move — it’s small business. That fact is too often overlooked by our national politicians and policymakers.

But recently, some things that occurred at the national level made it easier for business owners like me. The tax cuts and deregulation implemented by President Donald Trump last year have bolstered my business and saved me money. The president’s policies have helped improve the health of small business in America — but we can never take anything for granted.

Small businesses, defined as companies with 500 or fewer employees, are the backbone of the American economy. They comprise nearly half of all private-sector workers and account for the bulk of the job growth experienced during the dot-com boom and through the recovery years after the Great Recession. According to the Small Business Administration, “small businesses created 8.4 million net new jobs while large businesses created 4.4 million” between 2000 and 2017. That’s 65.9 percent of new jobs.

As these numbers make clear, as small businesses go, so goes the American economy. And the going has been good under President Trump. Thanks to Trump, small business creation has surged, with new business applications increasing by 16 percent since his election — that’s nearly twice as fast as the two years before his election. More than five million net new jobs have been created, small businesses accounting for two-thirds of new job creation. According to Gallup, 80 percent of small business owners say their company’s financial situation is good.

What accounts for this good news? For one thing, the Tax Cuts and Job Act of 2017 helped to spur growth and fuel job-creation that’s giving Americans renewed hope after nearly a decade of stagnant wages and a difficult job market. Furthermore, the president’s focus on removing burdensome regulations made a significant impact on improving the lives of small-business owners and our employees. Companies were able to re-invest the time lost to compliance and instead put that time and effort into the people and projects that matter.

Most business owners say they work more than 50 hours per week; a quarter of them say they work 60 hours a week or more — almost twice the national average, according to a recent survey. Any hours we can get back is a huge savings and empowers small-business owners to grow our ventures. We need to run our businesses and help our employees, not untangle ourselves from bureaucratic red tape.

But it isn’t all sunshine and rainbows; there are dark clouds on the horizon. House Democrats have proposed a slew of anti-business regulations including dramatic tax hikes, and a $15 minimum wage. What most Democrats don’t realize, however, is that raising the minimum wage hurts entry-level workers and workers without career skills. According to the non-partisan Congressional Budget Office, job losses from a $15 minimum wage would be around three-quarters of a million.

We’re here to serve the people, and with the reduction of taxes, we can do it cheaper, benefiting the whole community. Those cuts get passed on to our prices. So you pay less, and we still make a profit. Everyone gets to keep a bit more money to spend elsewhere. This, in turn, bolsters the local economy.

These are fundamental economic principles that President Trump clearly understands. His work needs to be preserved against the coming onslaught of Democrat resolutions so that small business can continue to grow, and in turn, improve the economy. 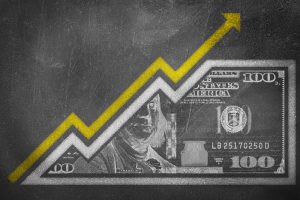 The numbers prove this economy is not letting up