Op-EdAppeared in Array on March 10, 2019By Elaine Parker 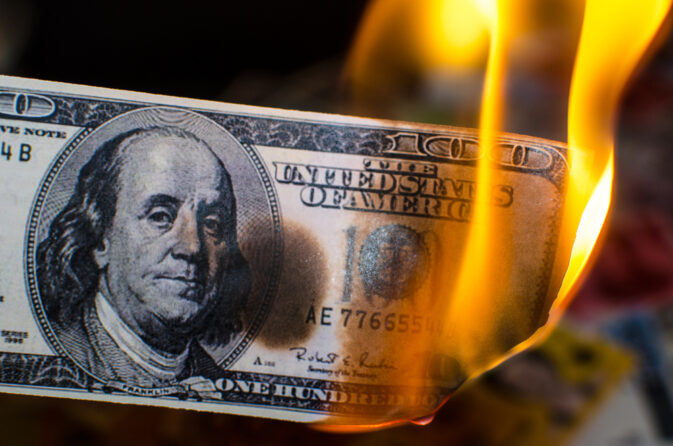 The recent fiasco surrounding the building of Amazon’s partial HQ2 in New York is the latest development in the war against free enterprise. Because of opposition from anti-business politicians, notably Rep. Alexandria Ocasio-Cortez, Amazon decided to pull the plug on investing billions of dollars into the campus that was planned for construction in Queens.

The loss of the venture—which would have created 25,000 new jobs paying an average salary of $150,000 per year—marks a significant loss for the area economy and is a window into the future if the Left’s newly intensified anti-business canon is left unshackled.

Unfortunately, such ideals have already been put to paper.

Ocasio-Cortez’s “Green New Deal” is a set of goals that embodies this extreme agenda—a platform comprised of socialist policies claimed to be silver bullet solutions to everything from climate change to income inequality. The resolution not only calls on Congress to eliminate a vast majority of current energy infrastructure and renovate or rebuild all structures in the country, but seeks to upend the U.S. Constitution as we know it—including its safeguards for free enterprise.

The proposed resolution invokes FDR’s Second Bill of Rights and would create a positive charter of liberties—meaning a list of things government must do, rather than cannot do. In part, under such a doctrine, the government would be required to guarantee health care, employment, adequate income and housing to everyone, as well as “economic security for all who are unable or unwilling to work.”

The outcome will inevitably be a massive bloating of the federal government at the expense of taxpayers and an end to the free market system as we’ve come to understand it. But what kind of price tag are we looking at?

Well the plan has not yet been associated with a specific price, but it would undoubtedly cost many trillions of dollars and likely double the current annual budget of the federal government.

While the documents released alongside the “Green New Deal” claim the plan can be paid for by leveraging the Federal Reserve—or, in other words, by simply printing more money and falling deeper into debt—it’s clear the financial burden will inevitably fall onto the backs of taxpayers and America’s entrepreneurs.

In practice, this will mean unthinkable tax hikes—pushing many business balance sheets into the red and forcing layoffs, price hikes and closures. On top of direct financial demands, businesses will also be forced to comply with unreasonable government regulations in the name of being more “eco-friendly”—the genesis of yet more financial struggle.

For small businesses specifically, these changes would be nothing short of a death sentence and threaten the over 30 million enterprises—which employ nearly 60 million people—with financial devastation. Moreover, when taking into account that these small businesses are considered the backbone of Main Streets across the country, these changes will prove catastrophic for the broader U.S. economy.

A similar result will be in-store for those who Ocasio-Cortez and others disparagingly call the “one-percent.” In many cases, these are the drivers of innovation and a financial lifeline for many businesses across the country. Robbing these Americans of the resources to invest in new ideas and get struggling enterprises off the ground will be yet another blow to the U.S. economy.

If implemented, the “Green New Deal”—a manifestation of a socialist utopia—would bring untold financial ruin to the U.S. economy—not to mention run the U.S. Constitution and the free enterprise system it promotes through the shredder. The latest economic blow regarding the Amazon venture is only a sign of what is to come if Ocasio-Cortez and her likeminded counterparts get their way. 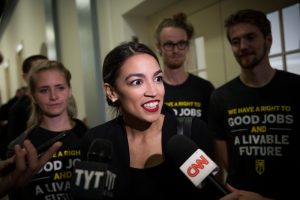 AOC’s Policies Are An Indictment of American Economic Education

Alexandria Ocasio-Cortez is a walking indictment of economic education in the United States. And I’m not just referring to Boston…