Rein in middlemen to help lower healthcare costs in Pennsylvania

Op-EdAppeared in Array on March 18, 2021By Dr. Robert Campbell

Three million Pennsylvanians have received at least one dose of the COVID-19 vaccine — free of charge. The decision to provide vaccinations on the house was key considering Americans already pay some of the highest healthcare prices in the world. A free two-time vaccine is nice, but the federal government should do more to control runaway costs across the board.

Reining in prescription drug prices should be one priority.

The price of pharmaceuticals have soared in the U.S. over the last two decades. Americans forked over nearly $360 billion for prescription drugs last year — triple the amount patients were paying in 2000. No wonder polling indicates two-thirds of Pennsylvanians are concerned about being able to afford their medications.

Some of the extra costs are justified. U.S. residents have access to some of the most cutting edge medical treatments in the world — innovations that warrant a somewhat higher price tag. But much of the ballooning costs have nothing to do with the products at all, and are instead a result of a complex web of middlemen that artificially jack up the prices. These middlemen are called Pharmacy Benefit Managers, or PBMs.

PBMs first came onto the scene in the 1970s to help shepherd pharmaceuticals from the production line to the consumer market. It didn’t take long for them to learn how to game the system and profit on the backs of patients.

Because PBMs act as the gatekeepers between drug manufacturers and consumers, middlemen are able to use their leverage to twist the arms of pharmaceutical companies to offer discounts and rebates alongside the products. In a perfect world, those savings would roll downhill to consumers via lower healthcare premiums. But in reality, much of it is pocketed by middlemen and partially passed along to insurance companies.

It’s a sweet deal for some, but a costly game for others.

In 2018, discounts and rebates collected by PBMs amounted to $160 billion — which is obtained by a handful of companies. Seventy-six percent of all prescription drugs in the U.S. flow through just three PBM entities. And while middlemen are making huge profits, guess who’s left paying sky-high prices? Patients at the pharmacy counter.

The previous administration caught wind of the pricing scheme and took steps to address the backroom deals. Executive action taken by President Trump attempted to force drug discounts already provided by manufacturers to be passed along to consumers at the point of sale. Although the policy would have only directly impacted medications accessed via Medicare Part D, the structural pricing change would have likely been mirrored across the board.

Much to the chagrin of patients struggling to keep up with rising prescription drug costs, the Biden administration delayed the implementation date of the rule by a year. The middlemen lobby applauded the move and views the opening as an opportunity to nix the policy permanently and retain the status quo.

The pandemic has emphasized the need to access affordable, quality healthcare. A free prick in the arm to shield Pennsylvania residents from the coronavirus is a welcome move, but lawmakers need to think bigger. Eliminating the backroom deals that enrich middlemen but leave patients with a jaw-dropping bill would be a good next step.

Dr. Robert Campbell is a practicing physician in Lebanon County and a member of the Job Creators Network. 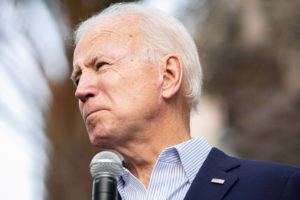