Op-EdAppeared in Array on February 15, 2021By Guy Berkebile 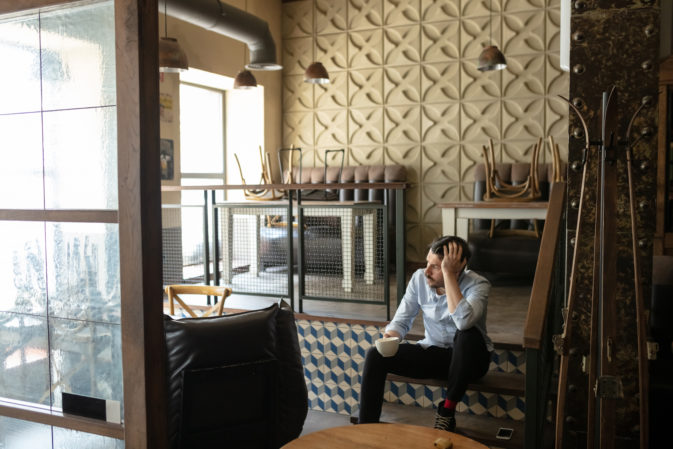 Pennsylvania small businesses are fighting a two-front war for survival. On one side, the pandemic has pistol whipped the state economy and left main street businesses hanging on by a fingernail. Now, both the federal and state governments are pushing a policy that would increase labor costs. Talk about a one-two punch that will knock out job creators and temper employment levels.

Lawmakers in Harrisburg have proposed legislation that would raise the state’s minimum wage to $12 an hour this summer with an incremental path to reach $15 down the road. Meanwhile, in Washington, Sen. Bernie Sanders is spearheading a federal effort that would jack-up the minimum wage nationwide to $15 — legislation that if adopted would supersede state law. The proposals also specifically target food servers and bartenders by removing the credit for tip income—which would inflate labor costs for struggling state restaurants by more than 400%.

Either scenario would be a slap in the face to Pennsylvania workers and the businesses that employ them — especially small ones with tight budget margins. Even small fluctuations in labor costs can send budgets spiraling into the red. Imagine a business where two managers oversee five workers who earn the minimum wage, which currently sits at $7.25. Assuming that staff is working full time, under a $15 minimum wage, annual labor costs would jump by over $80,000.

Not exactly a sum of money you can find under the couch cushions.

For some small businesses already fighting to keep their operations afloat amid the pandemic, the change amounts to a death knell. Businesses in stronger financial positions may remain solvent but will be forced to limit job offerings and weed out current staff members. Entry-level workers planning to use their job and associated experience as a springboard to a higher-paying position will be left hat-in-hand, as the bottom rung of the career ladder is effectively sawed off. The equation is simple: a $15 minimum wage equals fewer job opportunities and advancement across the board.

As a small business owner myself — who employs everyone from engineers to janitorial staff — I can attest firsthand how a higher minimum wage will force a shake-up of operations. Unlike the government, businesses are accountable for their spending and can’t simply print more money.

A broad $15 earnings floor also ignores the cost of living. For example, while a higher minimum wage level in Philadelphia is arguably warranted, the same earnings floor in Somerset, a more rural area of the state, flies in the face of common sense. Public policy should reflect regional conditions. What works in California will not work here.

The consequences of a $15 minimum wage highlighted above are well researched and documented. According to a 2021 review of the academic literature going back roughly three decades, nearly 80% of studies examining the issue link higher minimum wage levels to lower employment.

For example, the nonpartisan Congressional Budget Office (CBO) estimates a federal $15 minimum wage could cost up to 2.7 million jobs nationally. Economists from Miami University and Trinity University employed a similar methodology to take it a step further. According to their analysis, Pennsylvania specifically would lose more than 140,000 jobs by 2027 as a result of a $15 minimum wage and the elimination of the tip credit.

Instead of artificially hiking the earnings floor and suppressing job opportunities, public policy should encourage work. A two-pronged approach that spurs entrepreneurialism while targeting the small group of people that are trapped making the minimum wage via an expanded earned income tax credit (aka. the Working Americans Credit) is a better alternative. Only 0.2% of waged workers over the age of 25 currently actually earn the federal minimum wage.

Pennsylvania small businesses are already hurting and the government — whether based in Harrisburg or Washington — should avoid kicking them while they’re down. A $15 minimum wage is not a path towards economic recovery.

Guy Berkebile is the owner of Guy Chemical in Somerset, Pa., and a member of the Job Creators Network.

Biden Executive Action Sides with Middlemen, Rather than Patients

The Biden administration is handing down executive orders at record pace, but some are worse than others. Although it received…