Joe Biden has just given you a pay cut, America. Get ready for more: Alfredo Ortiz

Array
Op-EdAppeared in Array on August 13, 2021By Alfredo Ortiz 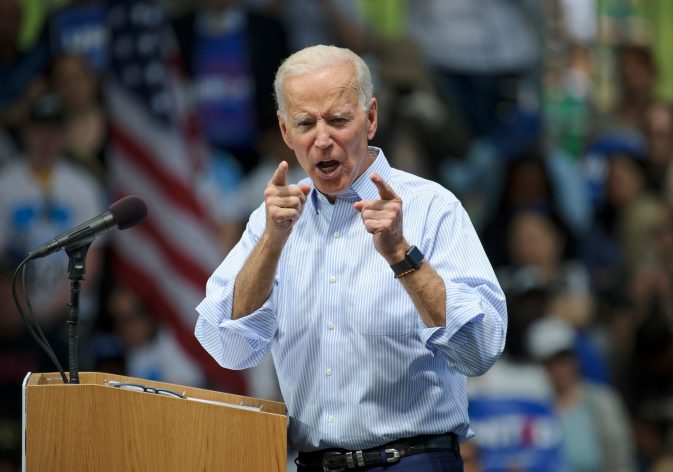 On Wednesday, the Labor Department announced that inflation rose by 5.4 percent over the previous year — the fastest pace (tied with last month) since 2008.

Last Friday, it revealed that average wages only rose by 4 percent over the same timeframe. These numbers confirm what Americans already know: Their living standards are declining under President Biden as inflation swamps wage gains.

The Federal Reserve and Biden administration have tried to gaslight Americans by downplaying inflation and calling it transitory. Yet consumers and small businesses in the real world are feeling its full effects.

The CEO of Tyson Foods, the nation’s largest chicken producer, said on a recent earnings call that costs are rising faster than the company’s ability to raise prices. Half of second-quarter nominal GDP growth is phantom inflation gains. According to the Job Creators Network Foundation Monthly Monitor poll, inflation is the biggest concern of small businesses.

President Biden seems to recognize he’s vulnerable on this issue. This week he called on OPEC to increase oil production in an effort to address runaway gas prices taxing American pocketbooks.

This week the Senate passed a $1.2 trillion infrastructure-in-name-only bill that showers funds on long-held Democrat priorities such as public transit, Amtrak, and electric vehicle charging stations.

The Senate also agreed to move forward on a $3.5 trillion budget that would amount to the largest expansion of the welfare state since the 1960s.

The non-partisan Committee for a Responsible Federal Budget estimates the actual cost of this bill at over $5 trillion. This proposed spending is in addition to the $1.9 trillion COVID “relief” bill that Biden signed into law in March.

This reckless spending drives inflation in three primary ways. First, It artificially boosts aggregate demand as even liberal economists like Larry Summers have warned. According to Summers, Biden’s spending threatens to “set off inflationary pressures of a kind we have not seen in a generation, with consequences for the value of the dollar and financial stability.”

Additionally, these bills’ entitlements and social programs disincentivize work, reducing business supply and raising prices. For instance, extended federal unemployment benefits, passed as part of the March relief package, pay most recipients more to stay at home than return to work. Although 26 mostly Republican states have ended these additional payouts, they have still contributed to a record 10.1 million unfilled jobs nationwide. Due to this unprecedented labor shortage, many small businesses cannot operate at capacity and meet consumer demand, bidding up prices.

Sen. Bernie Sanders’, I-Vt., $3.5 trillion budget would put these inflationary distortions on steroids by creating new entitlements such as free college and monthly direct payments for families that would exacerbate the worker shortage.

Finally, this unprecedented deficit spending causes the Fed to print new dollars to monetize it. The resulting dramatic increase in the money supply leads to more dollars chasing after the same amount of goods, reducing the greenback’s value. As economist Milton Friedman famously noted, “Inflation is always and everywhere a monetary phenomenon.”

Biden’s inflation-induced decline in American living standards contrasts to the stable dollar and rising wages under President Trump pre-pandemic. Due to his administration’s tax cuts and deregulation, real earnings for ordinary workers rose at a rapid rate, and 6.6 million Americans were lifted out of poverty between 2017 and 2019.

Yet while Trump gave us tax cuts, Biden’s giving us pay cuts. If he succeeds in signing several trillion dollars of additional spending into law, Americans can expect an even larger decline in real wages to come. 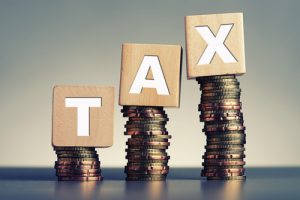