In the Trump economy small businesses are thriving — So why are Dems working to undermine it?

Op-EdAppeared in Array on August 7, 2019By Alfredo Ortiz 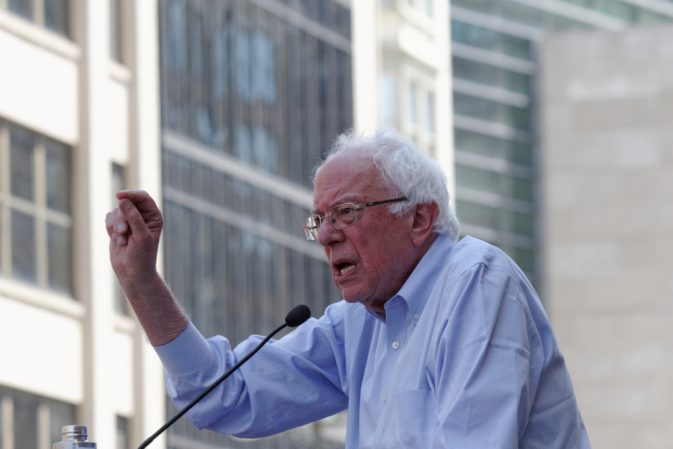 It’s a sad fact but many national news outlets blatantly ignore how President Trump has done a great deal to revive and grow the economy and help small businesses prosper by increasing access to affordable, reliable energy.

Under President Trump, the U.S. is experiencing record-low unemployment and rising wages the previous administration repeatedly said wasn’t possible. As a result, small businesses are hiring at a record pace and President Trump’s goal of energy dominance has played a big part in this economic expansion. Rather than restrict energy production, Trump policies are creating record production of oil and natural gas, which in turn are stabilizing energy prices and costs for companies.

These stable or reduced fuel costs are especially beneficial to small businesses which are responsible for creating 62 percent of the jobs in the American economy. When small business owners pay less to power their operations or transport goods, they can grow, they can hire more people or pay higher wages to existing employees.

The Democratic Party’s Green New Deal, which we now know had nothing to do with climate and everything to do with changing the shape of the “entire economy,” touched off a political game of one-upmanship among Democratic presidential candidates and state leaders.

Democratic presidential hopefuls elbowed each other off debate stages to tout their ideas for “green energy” proposals that alone cost an estimated $4.5 trillion or $35,000 per household, and will only lead to more regulations, fees, higher taxes, and increased costs and hardships for small businesses and the people working in this sector of the economy.

At the state level, New York’s “Climate Leadership and Community Protection Act,” which Gov. Andrew Cuomo called “the most aggressive climate change legislation in the nation,” would establish a statewide goal of net-zero emissions by 2050. This plan would require new energy projects to “be built at a pace not yet seen in New York” to achieve the goal of 70 percent of energy production coming from “renewable” sources by 2030.

This breakneck pace of new projects and retrofits would certainly raise utility rates in a state where New Yorkers already pay nearly 50 percent more for electricity than the national average. Just a single offshore windfarm will cost an estimated $48 billion, and the state will need to construct at least one solar farm larger than the city of Buffalo.

These higher energy costs for small business owners must either be absorbed by proprietors or passed on to consumers. For New York’s more than 2 million small businesses, which employ more than half the state’s workforce, this means lost revenues, job cuts, or worse yet, closing their doors.

California has one-upped New York with a goal of achieving 100 percent “renewable” energy production by 2045. This would cost more than $350 billion for energy storage alone because of the intermittent, unreliable nature of “green” energy. There are also the additional costs of new wind and solar farms and the infrastructure improvements required to transmit the power.

Some businesses in California have started giving notices of additional service fees to “partially offset the increased cost of operations in the State of California.” These fees could soon be used to pay for additional energy costs. Californians already pay about 50 percent more than the rest of the U.S. for electricity. Is it any wonder that CEO magazine consistently rates New York and California as the 49th and 50th worse states respectively to do business? If this trend continues, more companies of every size will exit the state.

While our existing infrastructure crumbles and requires trillions in upgrades, Democrats clamor for trillions more in new projects for costly, inefficient, unreliable energy sources. Consumers and small business alike will shoulder the burden of these politically correct energy projects through increased prices, taxes, and fees. Raising taxes to abandon reliable fossil fuels is completely unnecessary when carbon emissions in the U.S. are on the decline.

It makes complete sense to maximize our existing energy resources to allow our business and manufacturing sectors to prosper. That is the president’s commonsense plan and Democrats in Congress should support him in this effort – not work to undermine him at every turn. 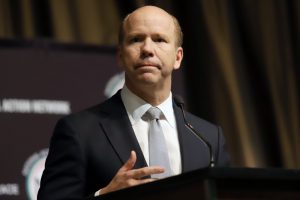 Democratic moderates only fuel the conservative case against socialism