Here’s How to Keep America America

Op-EdAppeared in Array on August 17, 2020By Alfredo Ortiz 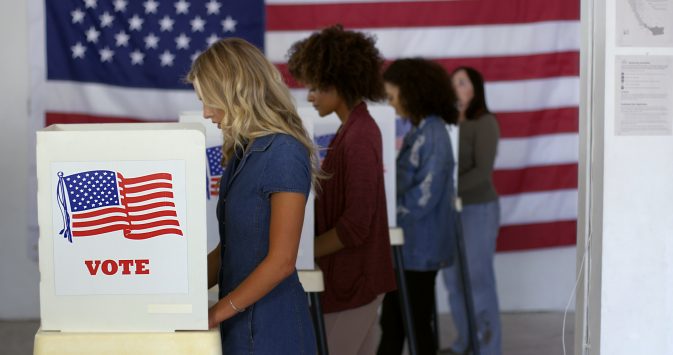 Turnout will determine the 2020 presidential election. That’s why the Job Creators Network has launched a historic and innovative  “10 for 20” campaign.

In 2016, 3.6 percent of the electorate who voted for Barack Obama in 2012 pulled the lever for President Trump. And 1.9 percent who voted for Mitt Romney chose Hillary Clinton. On net, just 1.7 percent of voters switched their preference.

This time around, it’s likely that an even smaller sliver will change their ballot because voters’ positions on Trump are so hardened.

In contrast to this slice of persuadable voters, nearly half of the electorate doesn’t vote at all. Of the 232 million eligible voters in 2016, only 132 million (57 percent) cast a ballot. With the Covid-19 pandemic, turnout may be even lower this election.

The fact is, this is a turn-out election, not a persuasion election. Mobilization is the key.

To activate the conservative base and boost turnout, the Job Creators Network has created the 10 for 20 pledge. This effort encourages voters to get 10 people to promise to vote. It is, in short, a get out the vote campaign for Americans who care about the free enterprise system, their freedoms, and their way of life. Because, in the minds of many, the American Dream is on the ballot.

As a part of this massive effort, Job Creators Network turned to the biggest stars in conservative talk radio, and some of the biggest podcasters too: Rush Limbaugh, Sean Hannity, Hugh Hewitt, Dennis Prager, Mike Gallagher, Larry Elder, Ben Shapiro, and Dan Bongino, to name a few.

The advertisements on those shows — and the website Job Creators Network has created — gives those conservative fans something specific to do that doesn’t involve campaign donations. Those fans want to help, but they don’t know how.

This 10 for 20 pledge activates them to take a personal role in the election. This objective effort can boost the morale of conservative voters across America. They have been beaten down by four years of relentless and unprecedented media attacks on their president. Exhibit A was the preposterous three-year Russia collusion hoax, a media-led libelous campaign claiming that Trump was a Manchurian candidate, with the walls forever “closing in around him” and a “smoking gun” always around the corner. Exhibit B was the nearly as ridiculous impeachment effort.

Perhaps never in American history has it been so difficult to support a president’s policies openly. The 10 for 20 campaign provides a voice for the silent majority, and it amplifies the impact of brave conservative voters.

According to YouGov there is a huge enthusiasm gap between both camps.  The 10for20 campaign leverages this enthusiasm into action, with conservatives pledging to drive voters (literally if necessary) to the polls.

Because of the importance of this year’s election, JCN is sparing no expense, devoting $6 million to this effort. The campaign draws on major conservative talk show hosts and digital influencers to use their influence to call on their combined 60 million-plus listeners to fulfill the pledge.

The initiative exploits the power of exponential growth. If 1,000 people take the 10 for 20 pledge and convince their 10 pledgees to follow suit, how many pro-growth voters get to the polls? 100,000! Albert Einstein called such compound growth the eighth wonder of the world for a reason.

Given how close the election was in 2016, this campaign can make the difference in who is victorious. President Trump won Michigan, Wisconsin, and Pennsylvania by just 11,000, 23,000, and 44,000 votes, respectively, in 2016. This election could be even closer.

JCN will provide resources to overcome the most common reasons voters don’t make it to the polls. These include giving step by step instructions of how and where to vote; demonstrating how their pledge can make a difference; and reminding voters why pro-growth policies, including tax cuts and deregulation, make their lives better.

Scientific research suggests that when people are motivated and committed, they are more likely to vote. The 10 for 20 pledge fulfills these criteria. It can boost the turnout that’s needed for Election Day.

The federal government is working behind the scenes with the business community in Florida, and across the country, to donate…