Op-EdAppeared in Array on September 17, 2018By Elaine Parker

By the numbers, the economy offers a number of encouraging signs. The unemployment rate has dropped below 4 percent. Over 4.6 million jobs have been created over the past two years. GDP growth for the second quarter of 2018 hit 4.2 percent. And optimism levels — ranging from business owners to American consumers — are at or near record highs.

But, while the economy overall has taken off, there have been some growing pains. Job creation has outpaced the number of qualified workers, leaving 6.9 million jobs vacant in the U.S.

Although having more jobs available than qualified candidates to fill them is better than the alternative, it’s a problem nonetheless — especially for small businesses that already have to go toe-to-toe with larger corporations to attract talent.

An environment in which small businesses are scraping to find employees is not a good sign for the future of the economy. There are over 30 million small businesses in the U.S., employing nearly half the country’s workforce. If these entrepreneurs are left vulnerable by a lack of labor, the economic advances brought on by the tax cuts and regulation reductions could be stifled.

Luckily a number of different policy avenues are already being pursued to address the situation.

For starters, the current administration has launched the Council for the American Worker — an initiative designed to strengthen workforce development through expanding apprenticeship programs and promoting alternative education paths.

Encouraging young people to consider all of their education options — including vocational schools and technical training — will help ensure a better-equipped labor force that can more adequately fill available positions. Clearing these alternative education paths will also open up career opportunities for many who would have been ill-served by a traditional four-year liberal arts degree.

Furthermore, new rules are being implemented that will give small businesses a more competitive edge in attracting employees. Earlier this year, the Department of Labor released new rules that expanded access to association health plans for small businesses. This move allows small businesses to join together and access cheaper health benefits, akin to those offered by larger corporations. Prior to the change, small businesses and their employees were left to their own devices to find affordable health insurance — a considerable challenge in a market characterized by skyrocketing prices and limited choice.

The most recent development follows a similar blueprint — except this time for retirement benefits. At the tail end of last month, President Trump issued an executive order directing the Treasury and Department of Labor to draft new rules that will make it cheaper and easier for small business owners to extend retirement programs to their employees. It’s yet another tool small businesses can use to entice the limited number of job candidates that are available.

On the surface, the economy is booming. But if we don’t continue to address the strain caused by the labor shortage before it fractures, that boom could be reduced to a flicker.

Elaine Parker is the chief communications officer of the Job Creators Network. 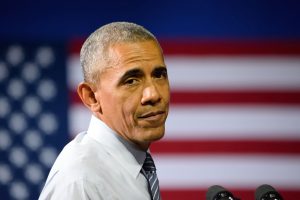 Obama Comes Out of Retirement With Same Tired Message

The Democrat establishment beckoned, and former President Obama appeared. After months of desperate entreaties, highlighted by a summer New…