Op-EdAppeared in RealClear Policy on October 16, 2018By Elaine Parker 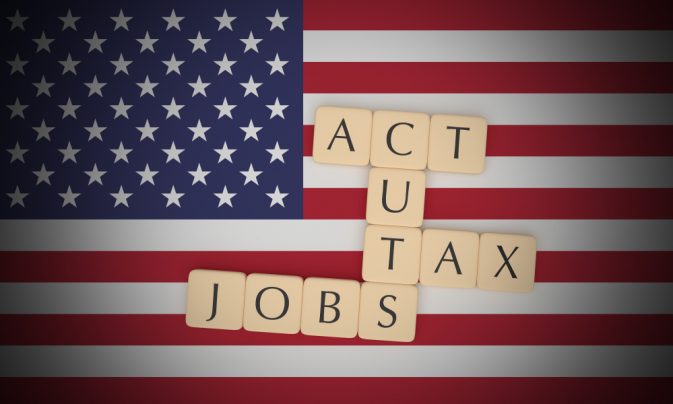 According to recent polling data from the Job Creators Network and ScottRasmussen.com, Americans are misinformed about the Tax Cuts and Jobs Act — legislation that was passed and signed into law last year that lowered the tax burden on many individuals and small businesses.

For starters, over a third of respondents don’t believe most Americans will benefit from the 2017 tax relief package. And for those that do receive financial relief, the amount is thought to be modest. These conclusions are bolstered by internal GOP numbers that show two-thirds of Americans believe the tax cuts benefit “large corporations and rich Americans over middle class families.”

These findings aren’t shocking considering the lack of existing education around economic policies and the real-world impacts they have on businesses, employees, and the broader economy. This is why my organization, the Job Creators Network Foundation, has launched what we call the E2E program — an initiative aimed at equipping employers with the resources to educate employees about the impacts of government policies on themselves, their families, and their paychecks — an effort currently centered on tax cuts.

Fortunately, we’ve had a lot of upsides to highlight.

For starters, a vast majority of wage earners — roughly 90 percent according to the Treasury Department — can expect to receive financial relief as a result of the new tax law. And the windfall — unlike what some politicians may say — is substantial.

According to the Heritage Foundation, the average American will save $1,400 annually, while the typical family of four will save nearly $3,000. The savings are a direct result of an assortment of changes made to the tax code — including lower individual rates, tax bracket shifts, and other newly revised rules, such as the doubling of the child tax credit.

It’s indisputable that individuals have reaped tax-cut rewards, but perhaps a more telling metric is how small businesses have fared.

The tax relief package includes numerous legislative reforms aimed at aiding small businesses. The lower tax rate applied to pass-through small businesses and a new small business standard deduction of 20 percent allows entrepreneurs to keep more of the money they earn — which promotes employee investment and job creation. And a new measure that gives businesses the opportunity to immediately expense capital investment encourages expansion and the purchase of new equipment.

For over the better part of a year, I’ve had the pleasure of listening firsthand to examples of small business owners taking advantage of these perks.

It’s clear the Tax Cuts and Jobs Act has impacted the lives of millions of Americans — the combined effect of which is fueling one of the hottest economies the U.S. has experienced in decades.

Last week’s jobs report from the Bureau of Labor Statistics is only the latest confirmation. In September, the unemployment rate fell to 3.7 percent — a near half-century low. And wages continued to increase at a year-over-year rate of 2.8 percent. For the ordinary American, this means jobs are plentiful and paychecks are rising.

The economic advancements resulting from the Tax Cuts and Job Act are many in number and impressive in impact. We just need to make sure all Americans are educated of that fact.

The September jobs report released today shows a continuation of the booming labor market, with the unemployment rate…

Small business is careening from quarantine to curfew and needs help