Op-EdAppeared in Townhall on July 20, 2020By Elaine Parker 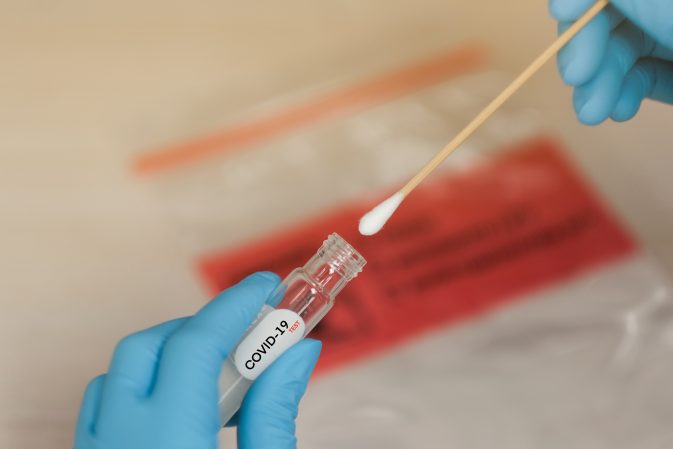 Fear over the coronavirus has exploded in recent weeks. As the mainstream media continues to fear monger and snowball healthy concern into hysteria, Americans should view their reporting through a skeptical lens. Keeping a level head and injecting a dose of nuance into the conversation will help to prevent state and local governments from overreacting and sliding into another broad lockdown.

A recent CNN headline reads, “Coronavirus cases in the US continue to surge, reaching nearly 1 out of every 100 American.” CBS News recently reported the pandemic to be “worse than ever in the U.S.” An NBC News headline referred to developments in the pandemic as an “explosion.”

But does the science back-up the doomsday headlines? Statistics suggest no.

Yes, the number of confirmed coronavirus cases has increased, but so has testing capacity. Compared to an equivalent week last month, testing in the U.S. has jumped by 40 percent. It only makes sense that the number of cases we actually know about is rising in parallel—many of which are asymptomatic carriers or those with mild symptoms. Nothing to panic over as long as we continue to shield vulnerable groups—chiefly nursing homes and other assisted living communities.

While the number of confirmed cases are on the rise, the fatality rate is actually dropping. Comparing the second week of July with the second week of June, the number of coronavirus deaths fell by roughly 10 percent nationwide. Areas where confirmed cases have flared-up recently, including Texas, Florida, California and Arizona, have deaths per 100,000 people of 13, 22, 19 and 34 respectively. In New York, the figure stands at 165—a rate that is many multitudes bigger than current locations where the media has pushed the panic button.
Fewer deaths could mean a number of things. Our doctors are getting better about treating the virus; it’s becoming less deadly as some reports out of Europe indicate; or we’re doing a better job as a society of protecting vulnerable groups who are the most likely to be severely affected. Every fatality is a tragedy, but the downward trend doesn’t indicate a near-apocalyptic future that is often portrayed to the public. If anything, it reveals improvement.

Outliers do exist. Some areas need to take steps to prevent hospital systems from being overrun. But broad lockdowns are unwarranted in most of the country—especially when considering the societal consequences. Although the economy has started to rebound, over 14 million Americans who had a job in February don’t have one now. And the unemployment rate remains a triplet of what it was earlier this year.

Continuing to fear monger and encourage an “all engines reverse” strategy will cause even more injury to public health. According to a Kaiser Family Foundation survey, nearly 40 percent of adults pin recent harm to mental health on stress related to the pandemic. Meanwhile, the same proportion of Americans say fear over contracting the virus is still keeping them away from doctors’ offices to address other medical concerns. How many cancer cases have gone undiagnosed? How many deaths are attributed to delayed treatments of heart disease, diabetes or kidney disease?

Effectively addressing the coronavirus is a balancing act. But the current strategy is giving too much weight to stopping the spread of the virus at all costs. We initially shutdown society to protect the hospital system. Now we need to keep those restrictions relaxed to soften the shockwaves that are rippling through Main Street and Wall Street alike.

Efforts should instead be focused on managing the risk to make us all safer.  That means learning to live with the virus by protecting at-risk groups and ensuring healthcare facilities are able to accommodate a larger patient load if needed, all while businesses reopen, employees return to work, elective medical procedures resume and children head to school.

The coronavirus is a serious health threat, but hysteria rooted in unsound science isn’t doing anyone any good. State and local leaders, as well as the general public, should take note.

Biden’s climate plan is a disaster for American workers

Joe Biden recently introduced his clean energy plan. And what does it tell us? This plan illustrates the importance of…