Op-EdAppeared in Array on June 13, 2019By Dr. Tom Price and Alfredo Ortiz

Why do Democrats support small businesses grouping together to cut costs on retirement plans but oppose them doing so for health insurance plans?

The SECURE Act, which passed the House of Representatives by 417 to 3, is the most sweeping retirement legislation in decades. ARPs, which are a feature of the bill, would help address the lack of retirement savings options offered by small businesses. Currently, only about half of small businesses nationwide offer employee retirement plans.

Democrats should follow the courage of their convictions and apply this effective association logic to the health-care space by supporting AHPs, which offer a lifeline to American small businesses and their employees who are suffering from ObamaCare-induced cost increases.

By allowing small businesses to come together in associations, they can access similar health insurance options as large companies. For instance, independent realtor businesses could form an AHP to attain health insurance comparable to what Re/Max or Century 21 offer.

AHPs also level the regulatory playing field for small businesses, which currently face stricter rules under ObamaCare. Under the law, small businesses with 50 or fewer employees must offer insurance plans that comply with its essential benefits mandates and rating requirements, which drive up cost. Big businesses, unfairly, are exempt from these burdens.

Due to their lack of pricing power, unfair regulatory treatment, and generally smaller profit margins, small businesses have been disproportionately hurt by skyrocketing health-care costs under ObamaCare. The portion of American small businesses offering employee health insurance fell by about one-third between 2010 and 2018.

Crucially, the rule expands AHPs to sole-proprietorships, which make up nearly 90 percent of the nation’s small business, for the first time. This frees entrepreneurs from the individual market exchanges where — in addition to massive price increases — there has been insurer flight to the point that roughly half of all counties only have just one health insurance option and hundreds have none at all. This situation weighs on national economic growth because health-care costs disincentivize budding entrepreneurs from leaving their company job and striking out on their own.

While the small business community greeted the AHP announcement positively, a group of Democrat attorneys general quickly filed a lawsuit ostensibly because the rule violated ObamaCare. In March, a federal judge ruled in their favor and blocked the implementation of expanded AHPs.

Although the Trump administration is appealing this decision, Congress shouldn’t wait on the courts. The issue is too important for American small businesses and their employees who are suffering from a lack of affordable health-care options. 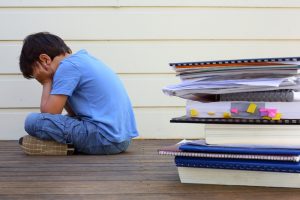 Cooper deserves an ‘F’ on education

When it comes to public school education, the last grade the state of North Carolina received was a “C-minus.” But…