Op-EdAppeared in Array on June 28, 2019By Alfredo Ortiz 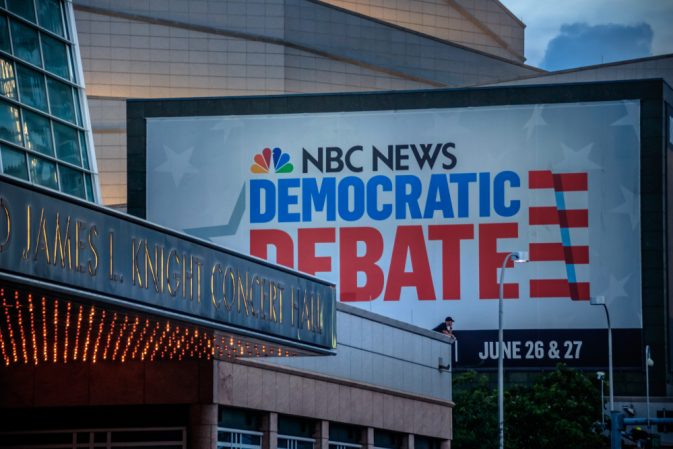 They also obsessed over identity politics, which was epitomized by Rep. Julian Castro’s call for taxpayer-funded abortions for transgender females. Let that one sink in for a moment.

Perhaps the most revealing part of the two debates was the first question asked on the first night. Debate moderator Savannah Guthrie opened the proceedings by running through a list of Sen. Elizabeth Warren’s socialist policy proposals before pointing out that such a radical agenda “comes at a time when 71 percent of Americans say the economy is doing well, including 60 percent of Democrats.”

She then asked Warren, “What do you say to those who worry this kind of significant change could be risky to the economy?”

This question exposes what Democratic candidates have so far been able to evade: The consequences that their socialist proposals would have on the booming American economy.

Warren’s answer, which was subsequently echoed by most of the candidates over the two nights, was that the hot economy is only helping the rich. “It’s doing great for a thinner and thinner slice at the top,” she claimed. “We need to make structural change in our government, in our economy, and in our country” because the economy “does great for those with money and isn’t doing great for everyone else.”

More to the point, Democrats’ talking point that the economy is only working for the wealthy is laughable. Start with unemployment rates, which are at or near record lows for Hispanic, black, female, and young workers. The rate for Americans without a high-school education, supposedly a group that’s been shafted in today’s economy, is also hovering near a record low. For those with disabilities, it’s fallen by more than 20 percent over the last year to the lowest level on record.

Then look at wages. While average wages have been growing at 3 percent or more for several months now, they’ve been increasing even faster for middle-class production and nonsupervisory workers.

Last year, wage growth was 6.5 percent for the 10th percentile of workers with the lowest incomes — about double the overall average. Democrats’ incessant claims of “stagnant wages” is an outdated cliché.

Meanwhile, food stamp usage continues to decline. Disability claims are near a historic low. Initial jobless claims are at their lowest level in 50 years. And there are 7.4 million unfilled jobs, many of which pay $50,000 a year or more, far more than the number of unemployed Americans.

California Sen. Kamala Harris claimed, “This economy is not working for working people.” She said the record stock market is “fine if you own stocks, [but] so many families in America do not.”

Yet two-thirds of Americans aged 30 to 64 own stocks.

Harris dismissed the historically low unemployment by claiming that people are having to work “two and three jobs.” Yet just 5 percent of employees hold multiple jobs. And full-time jobs continue to increase at the expense of unwanted part-time ones.
Opportunity abounds.

This booming economy that is benefiting nearly everyone is largely thanks to President Trump’s pro-capitalist policies such as tax cuts, deregulation, and increased access to credit.

It is threatened by the Democrats’ socialist agenda that would suck money out of communities to fund federal government boondoggles.

Credit to the debate moderators for pointing this out. Voters should take note. 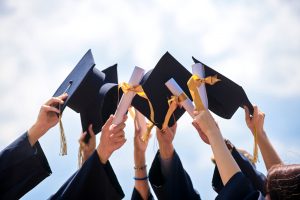 The Class of 2019 is entering an economy of opportunity

With degrees in hand, the Class of 2019 is eager to enter the workforce and earn some cash. Luckily, they…