Op-EdAppeared in Array on June 18, 2018By Alfredo Ortiz 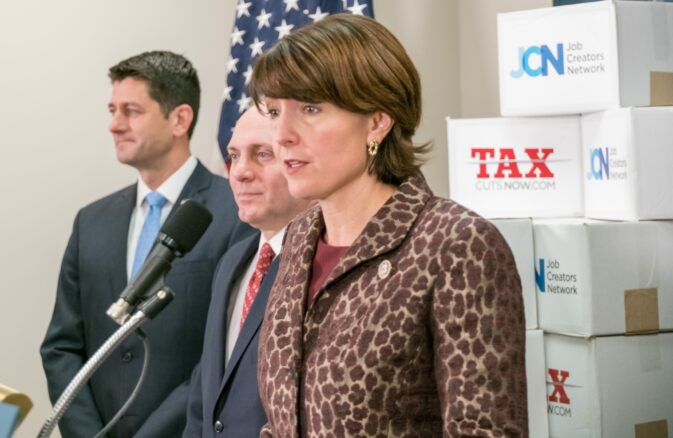 The unemployment rate is tied for its lowest level in 50 years. Wages are growing at their fastest pace in a decade. Economic growth over the past four quarters is finally near 3 percent again. This is not conjecture. This is fact. We have a statistical triumvirate that points to meaningful and measurable progress. As the adage goes, a rising tide lifts all boats. A strong economy and labor market empowers all Americans. Consider that black and Hispanic unemployment rates are at record lows. Over the past year, the number of long-term unemployed has declined by 40 percent.

On Main Streets from coast to coast, tax cuts are making a strong economy even stronger. The cornerstone of every community, small businesses, which create two-thirds of new jobs, resoundingly call the tax cuts a “game changer,” according to a recent Bank of America survey.

The question remains: Should House of Representatives candidates campaign on tax cuts? Given that current polls indicate the race for House control is a toss-up, whichever party provides the more personalized and compelling message will determine the election’s outcome. This question is also especially timely as primary season is wrapping up and candidates are searching for more widely appealing messages that will resonate with swing voters.

Some high-profile commentators have warned candidates not to campaign on tax cuts this election season. And recent surveys show Americans are still roughly split on the issue. But a new Job Creators Network poll indicates that candidates would be wise to incorporate a distinct and decisive message on tax cuts into their campaign messaging. Why? In the nationwide survey of 700 likely voters, 60 percent of respondents believe the tax cuts will have a positive impact on the economy, with only 22 percent saying it will have a negative effect.

Moreover, nearly half of respondents expect their taxes to decrease as a result of tax cuts, while only 11 percent responded they believe their taxes would increase. Far more respondents share the view that the tax cuts reduce the burden on hardworking Americans than share Rep. Nancy Pelosi’s archaic view that the cuts amount to mere “crumbs.”

The poll also gives specific and telling insights into what aspects of tax cuts impact voters the most. No surprise, the most popular tax cuts are those that affect voters directly, putting more money in their pockets. These include the doubling of the standard deduction and the lowering of middle class tax rates for tens of millions of taxpayers – allowing them to keep more of what they earn.

Another major theme that emerged from the poll was an emphasis on running positive campaigns. Despite the relentless, negative media barrage aimed at Republicans and the Trump Administration, the majority of Americans are genuinely optimistic about the direction of the economy and the country. In fact, nearly two-thirds of respondents said our country’s best days are still ahead. We are seeing a rebirth in the enduring vitality of the American dream.

The numbers don’t lie. Given the rejuvenated state of the economy, candidates should stand up and speak out with candor and confidence on the campaign trail, tout the myriad successes of tax cuts, and avoid the tired temptation to go negative. This is an election of great consequence; it’s a stark choice between a continuation of current economic, job, and wage growth versus going back in time to Speaker Nancy Pelosi, who’s already promised to raise taxes.

It warrants mention: Pelosi’s favorability rating among respondents sits at 35 percent, suggesting that candidates should point to the career politician as the embodiment of the anti-business agenda. Midterm elections are decided by pocketbook issues. A recent Morning Consult poll found that Americans still view economic issues as their top policy priority — something that is especially true among the independents who will determine the election outcome.

If candidates can connect the dots between tax cuts, a healthier economy, and voters’ heavier wallets, they can successfully retain control of the House and stop Nancy Pelosi’s threat to roll back their signature legislative achievement. 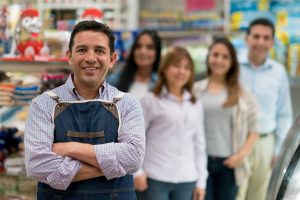 State officials often note that California is the fifth largest economy in the world. Not as well known is that…