Op-EdAppeared in Array on June 14, 2018By Alfredo Ortiz and Hector Barreto 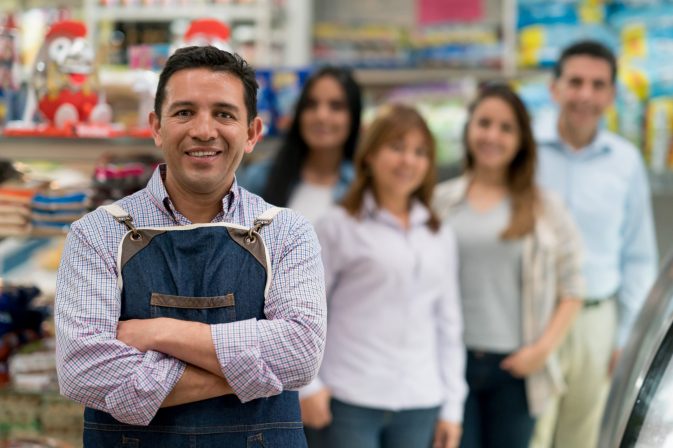 Forty percent of California small businesses (1.6 million) are owned by minorities. The largest group among them are Hispanics, who employ nine workers per firm, on average. Latino businesses are on the rise everywhere, but in California they are rapidly becoming central to the economy.

California businesses face many challenges, including sky-high taxes and suffocating regulations. The healthcare debate that is now raging among candidates for governor has grave implications for the state’s economy, and it’s a chance for Latino business owners, especially, to exert their influence.

The question by which even Democrats are divided is whether California should move to a single-payer system, under which most Californians who now receive coverage through their employers will be forced into a state-run system. California would become the first state in the country to abandon private insurance in favor of a program under which government makes all the decisions.

Ironically, the idea was popularized two years by presidential candidate Bernie Sanders, a socialist from Vermont. Senator Sanders may have excited Bay area liberals with his plan, but his fellow Democrats back home in Vermont toyed with the idea and then abandoned it once the dreamy political rhetoric collided with the fiscal reality. Then Governor Peter Shumlin, who rode into office on the promise to make healthcare “free” for everyone, stunned single-payer cheerleaders across the country by announcing that his own plan was unworkable, mainly because it would have required Vermont to double its taxes.

“The potential economic disruption would be too great to small businesses, working families, and the economy,” said Shumlin. Indeed. If only Lt. Governor Gavin Newsom, the current frontrunner for the June Primary Election, would get the message.

Newsom is backing a similar plan that would require $200 billion in higher taxes, according to some estimates. That proposal, which is currently under consideration in the Legislature, would eliminate all private insurance companies and dissolve Medi-Cal, the state’s insurance program for low-income residents. A vast new bureaucracy would be erected to provide insurance to all 30 million Californians. With it would come thousands of pages of new regulations putting politicians and bureaucrats in charge of our healthcare decisions. Not only would the plan strictly limit our choices, but the avalanche of higher taxes would almost certainly trigger an exodus of businesses and taxpayers.

There’s a better way. Last year, President Trump signed an executive order requiring federal agencies to seek ways to make insurance more affordable. The Labor Department set to unveil a new rule, which has received relatively little attention from the media, that has the potential to revolutionize healthcare for millions of Californians, especially small business owners and their employees.

AHPs have existed for years, but they’re limited by myriad state regulations and rules that restrict the types of organizations that can offer insurance. The DOL rule would take down those obstacles.

California small businesses and their employees have waited decades for a solution to the high cost of health insurance. Single payer is most definitely not it. In fact, that scheme would explode the private, employer-based system that Californians prefer and jeopardize the state’s economy. The current system is also unsustainable. Small businesses and their employees need more choices, more competition, and lower costs. We would urge small business owners, and especially California’s burgeoning Latino business community, to engage on both issues in a way that ensures better healthcare and a stronger economy for every resident.

Benefits of tax cuts legislation are difficult to ignore